UEFA Euro 2020-21 Prize Money Breakdown: How much winner will get? 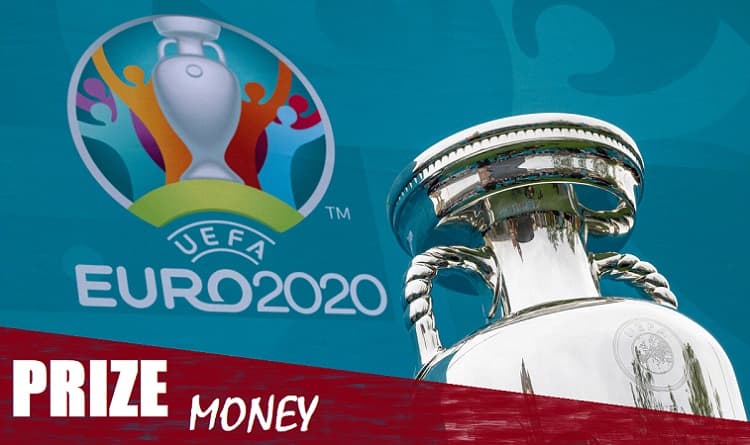 Euro 2021-21 is 16th edition took place successfully this June 2021 having in a total of 24 teams featuring. UEFA Euro this season was one of the glorious seasons as there was a high increase in the fund. This season also has a huge prize amount for all the participating countries of the tournament. UEFA Euro 2020 Prize Money Breakdown: How much winner will get?

The other 24 teams that are a part of the team will also receive millions as cash prizes. However, the elites will be bagging the eight-figure payday at the end of the tournament. Also, Check here the Winners History of UEFA Euro.

The top 24 teams of the tournament bag a huge prize amount in 2021 which is about 371 million euros. The game has witnessed a huge increase in prize money since 2016.

The winning team was awarded the cash prize of 8 Million euros however this year there is an increase of 2 million euros for the season.

The base prize money for the qualification is 9.25 Million euros for the UEFA Euro 2020-21.

8 teams reaching the quarter-finals will be receiving the prize money of 3.25 Million. Group Stage will be having a total of 16 teams where they will be bagging 1.5 Million euros per win and 75,000 draws.

The total number of teams that will be qualifying for the tournament will be 24 teams where they will get the cash prize of 9.25 Million euros.

The total cash prize of the entire tournament is 456 Million Euros for 2020.

The winner of the tournament will be bagging up a huge amount as the prize. The prize money for the UEFA Euro Winner 2020-21 is 34 Million euros. This also includes the match-winning amount (1.5 Million Euro) and drawn earnings (750K euros)

Knockout rounds are the ones where a huge amount is earned where each stage offers a significant raised prize money for the season.