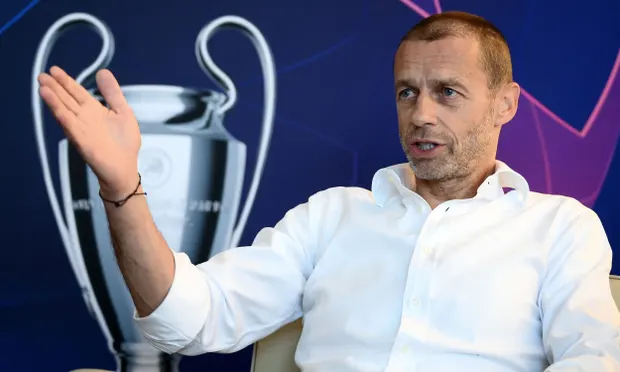 The final between Liverpool and Real Madrid was initially slated to begin at 9 p.m. Still, the announcement on the Stade de France’s scoreboard explained that the “late arrival of spectators” had caused a delay.

The statement enraged Liverpool supporters, thousands of whom were still caught in chaotic lineups outside the stadium after having arrived three or more hours before 9 pm.

Turnstiles were closed by stewards and police, preventing the approximately 15,000 Liverpool fans who had been waiting in a perilous bottleneck at a perimeter ticket checkpoint from entering the stadium.

As demonstrated in the Guardian’s visual investigation, Paris police had guided Liverpool supporters to a ticket checkpoint through an alternate route that had been a known hazard since 2016, which involved thousands of people being funneled through a narrow subway under the A1 freeway.

Risk of crushing emerged in the queue there and at turnstiles that were closed for long durations. Many Liverpool fans, who paid Uefa as much as £600 for tickets, were brutally repressed by riot police with pepper spray and tear gas, and were also attacked by local French males.

The Guardian has learned that the decision to issue a statement blaming late arrival of supporters was made during the match’s preparation phases as the most likely statement to be used in the event that kick-off had to be delayed.

Uefa issued a second statement after the game concluded, attributing the delayed kickoff to the “thousands of fans” at the Liverpool end who possessed “fake tickets.”

Many Liverpool fans were traumatised by the similarities between the threats they faced at the match and Uefa’s two statements blaming them for the Hillsborough disaster in 1989.

There, 97 supporters were unlawfully killed in a crush due to South Yorkshire police gross negligence, yet the force crafted a bogus case to accuse late, ticketless supporters for creating the disaster.

Liverpool MP and fan Ian Byrne remarked, “I find it absolutely appalling and horrifying to discover that Uefa — the confederation of Europe’s national football associations including the English FA — had a pre-prepared statement blaming supporters, as a typical justification for a kick-off delay.”

To do it to Liverpool supporters after everything we’ve been through is awful. We require comprehensive explanations of the decision-making processes that led to this state of affairs.

Mayor of the Liverpool metropolitan area Steve Rotheram has requested that Uefa’s “independent inquiry” of the near-catastrophe at the Stade de France include a thorough study of the decision first to delay the kick-off by only 15 minutes.

Apparently, Uefa president Aleksander Ceferin made the call after consulting with other Uefa officials and representatives from both clubs in the stadium’s VIP area, as per his account.

Following a robbery outside the metro, a French police officer guided Rotheram to safety, and he was able to join the VIPs in the area where they were discussing the problem.

Rotheram approached Ceferin about the hazards outside, but alleged the president answered dismissively that Uefa had “killed itself” to have the final staged, having shifted it from St Petersburg in February.

Rotheram says he reacted with fear that fans outside could be killed and that Ceferin retorted: “This talk is over.”

On June 6th, Rotheram sent Ceferin a letter in which he accused him of being “defensive” and expressed his “disappointment” at Ceferin’s abrupt ending to their talk.

His letter also voiced disapproval of the 15-minute delay in kickoff that was initially announced: There has been an underestimating of the seriousness of the problem that I and others (including representatives from Liverpool FC and the Football Association) had clearly highlighted, the letter said.

Ceferin answered on 10 June saying: “It was never my intention to be disrespectful,” while adding that “I may have appeared curt”.

He said, “I felt I had to cut our discussion short because at that time we had bigger problems to solve: making sure there were no casualties, ensuring that fans with tickets could get into the stadium, and, finally, getting the game started.” He added that he was “certainly” aware of the seriousness of the crisis.

Ceferin’s letter did not address Rotheram’s criticism of the kick-off delay, but referenced to Uefa’s review, saying its purpose is to understand thoroughly what happened in Paris, and to make sure “it never occurs again”.

Rotheram told the Guardian: “As Liverpool supporters know to our great cost, having suffered the Hillsborough incident where the kick-off was not delayed, the option is an important one for people’s safety, as it can ease a dangerous crisis.

Ultimately the kick-off in Paris had to be delayed by 36 minutes. So the questions need to be answered as to how and why 15 minutes was initially chosen.”

Of the second statement blaming Liverpool supporters with bogus tickets, Rotheram said he believed Uefa had sought to transfer the blame on to fans.

It was a standard operating procedure; they would not accept blame. They didn’t want to be held accountable as a company; I got the impression from the VIP section.

A report from Uefa’s investigation, published two days after the final, is expected by the end of November.

On 3 June the organisation issued a “sincere apology” to those “who had to suffer or witness terrifying and disturbing events in the build-up to the Uefa Champions League final … which should have been a celebration of European club football.”

Yet Uefa has not apologized for any mistakes it made or withdrawn its comments that Liverpool fans were to blame.