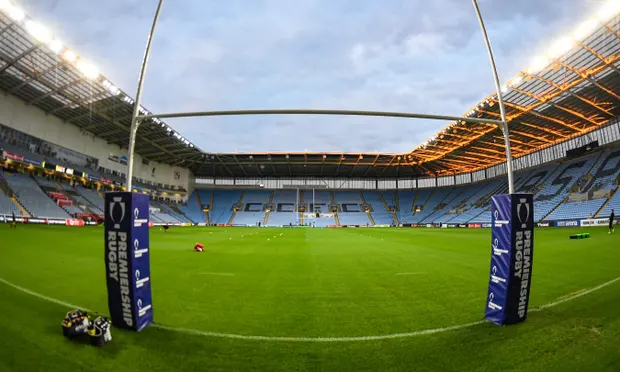 Worcester Warriors is being warned by the Rugby Football Union that they will be suspended if they do not present a “serious strategy to take the club forward” by next Monday.

Wasps’ notice to appoint an administrator came on a dark day for British rugby, revealing the financial struggles of Premiership clubs.

The Coventry club has been in “advanced discussions” to renew the bond that helped finance the club’s relocation from London to the Midlands in 2014.

However, the company failed to clear a debt of £35m that was due to bondholders in May. With HM Revenue & Customs preparing a petition for winding up due to unpaid tax, the decision to file notice was made.

Wasps said in a statement, “Due to the impending prospect of action by HMRC, Wasps Holdings Limited… have taken the difficult decision to file a notice of intention to appoint administrators to protect its interests.

It’s important to note that this action does not put the company into administration; rather, it buys the company and its stakeholders some time to continue talks with potential investors. The talks have been going on for some time, are doing well, and we are optimistic that an agreement can be reached.

This organization’s statement read, “The RFU is in communication with Wasps, we will work with them to understand the present action, their sustainability plans, and what the next steps will be.”

Rugby’s Groundhog Day: in 30 years not as much has changed…

Siobhan Cattigan’s teammates reject comments by the head of…

European champions Wasps have began the Premiership season with back-to-back losses after a recruitment freeze this summer cost them Christian Wade, a former winger for the team. If the club went bankrupt, players would leave, and they would be demoted to the second division for the upcoming season.

The RFU may waive or modify sanctions outlined in the financial regulations for insolvencies that are not the club’s responsibility. One insider told the Guardian that the clause about a “pandemic” is likely to be relevant if Wasps does go bankrupt.

Meanwhile, Worcester have been given till Monday at 5pm to demonstrate that they have the resources and strategy to pull the club out of difficulty.

The union has also demanded that the Warriors ensure the safety of Saturday’s Premiership home match against Newcastle by providing guarantees by Thursday at noon.

The RFU is requiring that Worcester have the requisite insurance cover in place by Monday’s close of business (the present policy expires at midnight on Monday), as well as finances to cover the monthly payroll and the wherewithal to preserve the club’s future.

Worcester remain buried in over £25m in debt and face a winding-up petition from HMRC in early October despite promises from the owners over the weekend that the sale of the club was close.

The RFU’s ultimatum to Worcester follows weeks of “broken promises” from club owners Jason Whittingham and Colin Goldring, according to certain club employees who only received 65% of their salaries last month.

If the deadline isn’t met on Monday, both the men’s and women’s teams will be disqualified from further events.

Before they can welcome Newcastle, the club needs to prove they have enough medical facilities and safety measures in place.

That’s essentially the identical demand made before last Sunday’s game against Exeter, which went on because club employees and volunteers worked for free to make it happen.

Warriors academy coach Jonny Goodridge, 41, and former England deaf international player Mat Gilbert, 37, who retired in April, were among the 22 players named to the team for the Premiership Cup encounter at Gloucester on Wednesday.

Worcester had worked with the RFU to register more players in time for the Wednesday night encounter, but they still had to call on the pair, who included Gilbert, who now owns a pizza delivery service.