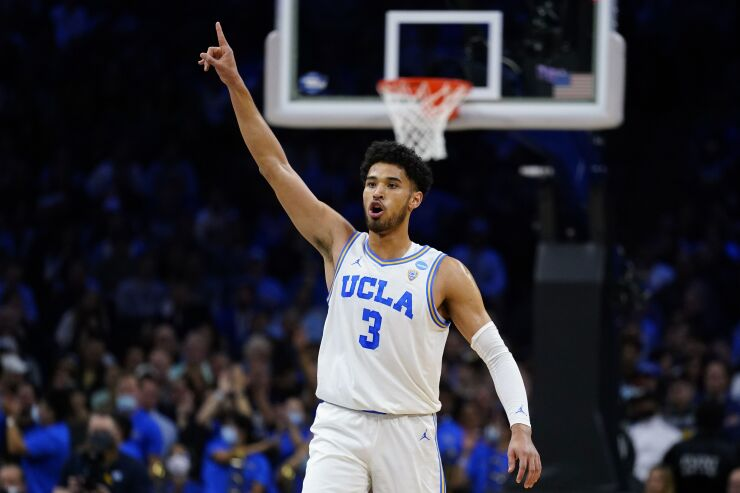 Utah Jazz: There are 2 promising roster players who could be special: The Utah Jazz focused on the younger prospects on the team. It shifted its emphasis on which player would take a big step developmentally.

This is a subject that catches everyone’s attention every season. This topic becomes intriguing in the near future for the Jazz. Everybody likes watching the pace of development. The viewers see who succeeds and who fails. But they like to root for underdogs and watch hard work turn into happiness.

But, a couple of players caught everyone’s attention. The Jazz’s two-way signing, rookie Johnny Juzang is a case of interest. He was observed during his time at UCLA. He went on to play summer league ball with the Jazz. Juzang could turn into a phenomenal role player with a lengthy NBA career.

There are things that stand out with Juzang. Juzang is a natural scorer who scores at every level. He hardly feels rushed. He never has his confidence shaken.

Even when the ball did not go in, he chose not to change his shot selection. Juzang did not shy away from letting it fly. In football, that is a hard thing to teach even for some veteran players. To see this confidence in a rookie was refreshing. His fluid and consistent shooting form are commendable. Whether it was a 3-pointer or a 15-foot jumper, he never changed his form. He always strikes balance with a quick release. This is not common in the league.

The other player that intrigues everyone is Leandro Bolmaro. The 6-foot-6 forward is the Jazz player who was acquired in the Rudy Gobert trade.

He is a second-year player in Argentina. Leandro seems to have the tools to be a do-it-all-type player. He has good passer’s abilities. Bolmaro showcases a good handle. He possesses great length. The player knows how to get himself out of tight situations without turning the ball over. Leandro Bolmaro is a smart scorer.

So these are the two players on the roster that interest everyone. Everyone has their eyes fixed on these two players. Lots are excited to see who else the Jazz acquire at the end of the roster. Once the summer unfolds, the acquisition process shall end. The viewers are keen to know who the Jazz might sign to another two-way. What interests everyone is who they might add to the Stars roster.

Shikhar Dhawan agrees that senior players should get time off between series and voices his views on Deepak Hooda!