Varun Chakravarthy could be a game-changer of team India: ICC T20 World cup 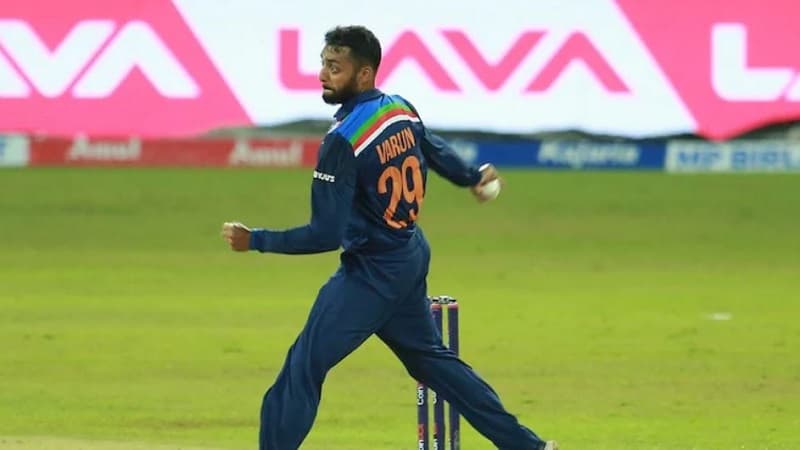 Spinner of Kolkata Knight Riders Varun Chakravarthy could be a weapon of India in ICC T20 world cup, which is going to start in UAE and Oman from 17 October. Indian captain Virat Kohli also praises Varun for his exemplary performance in the ongoing IPL tournament.

This is good news for the Indian cricket team because now this bowler is in the squad of Team India in the upcoming ICC T20 world cup.

Captain Kohli is on the opposite team of Varun beside this he can’t stop himself by praising Varun Chakravarthy further he said,

“Pretty good from Varun, he’s going to be a key factor when he plays for India. It’s great guys who’ve got the opportunity to play at the international level. He’s someone who is going to play in the near future for India, it’s a great sign,”

Pitch of UAE is supportive to spin bowler in this aspect Varun will surely get the benefit of this.

Varun Chakravarthy is known as a mystery bowler if we talk about their IPL performance he plays 25 matches where he took 29 wickets with an average of 23.83.

If we talk about his T20 matches he plays only 3 where he took2 wickets with an average of 30.5.

In IPL he gives a tight fight to MS Dhoni and took 3 wickets of captain cool.

India vs B1, 5 November, Dubai

India vs A2, 8 November, Dubai