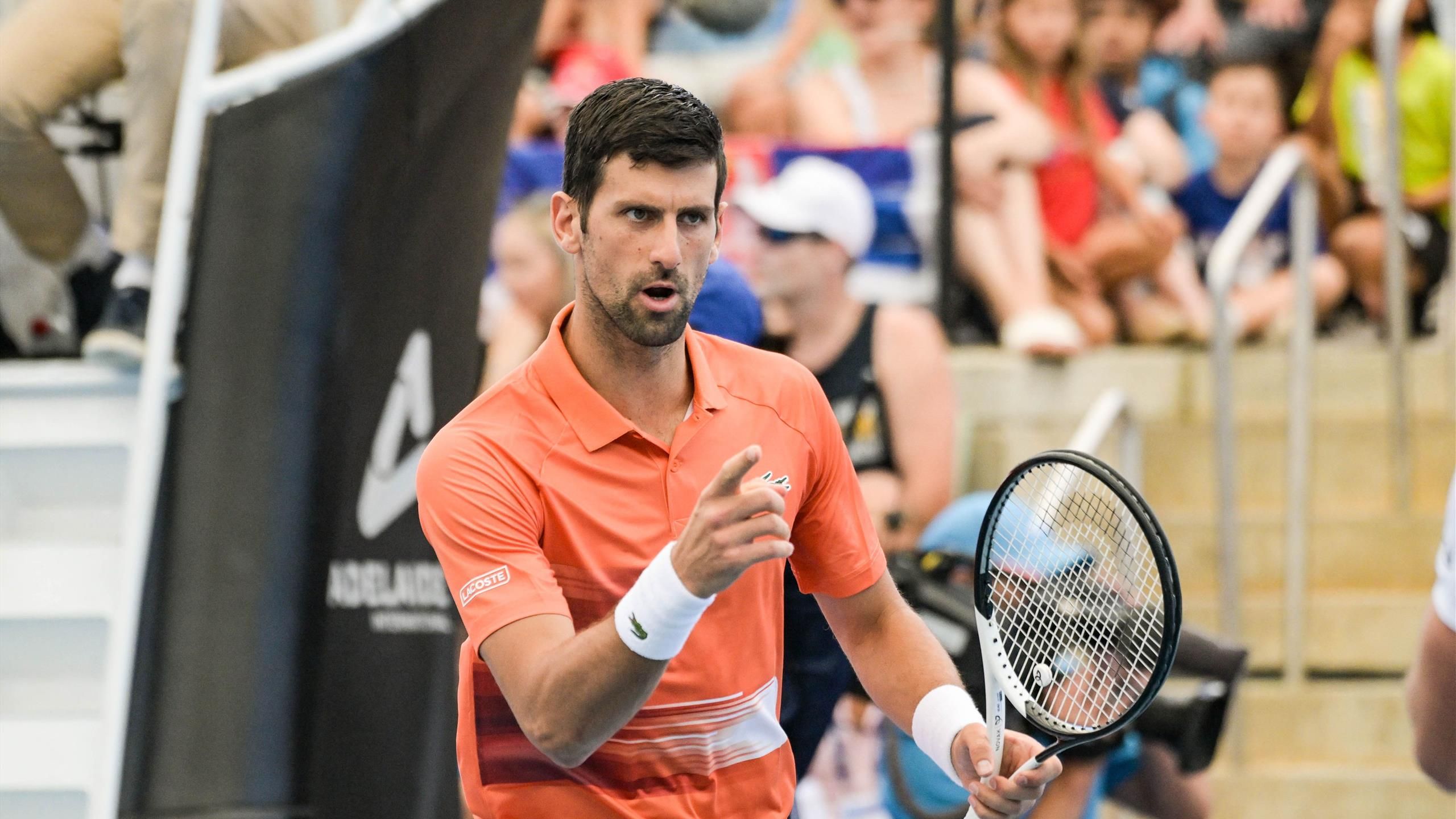 The Adelaide International audience gave Novak Djokovic a warm welcome despite the fact that he lost his doubles match.

The 21-time major champion was expelled from Australia a year ago after traveling there without a COVID-19 immunization at a period when the nation was still governed by stringent quarantine laws and vaccination documentation requirements.

He played in a low-key doubles match with Vasek Pospisil, which they lost to Tomislav Brkic and Gonzalo Escobar 4-6 6-3 (10-5) in.

When Djokovic’s followers swarmed to the stadium to welcome him back, concerns about how he would be treated were swiftly put to rest.

In preparation for the Australian Open, where he hopes to set a new record by winning a record-expanding 10th championship, Djokovic will open his singles campaign on Tuesday against Constant Lestienne.

Also on Monday, Russian Daria Kasatkina, ranked seventh, was defeated by Czech youngster Linda Noskova in the first round, 6-3, 6-7 (2), 6-3, causing one of the first surprises of the 2023 season.

The world No. 58 Anna Kalinskaya and No. 43 Anastasia Potapova were defeated by the 18-year-old Noskova in a difficult qualifying round before the young player earned the greatest victory in her career over third-seeded Kasatkina.

Noskova, who is rated 102 and is playing in only her sixth main draw on the WTA Tour, has never faced off against, much less defeated, a woman in the top 10. She has a 0-2 record while playing top-20 opponents.

Prior to Monday, her finest victory came in Prague last July when she defeated 38th-ranked Alizé Cornet in the second round on route to the semifinals.

Noskova won the opening set easily in 46 minutes. In the second set, she broke to take a 4-3 lead before Kasatkina struck back. At 6-5, she had the opportunity to serve for the victory, but Kasatkina rallied to win the set in a tiebreaker.

However, the Czech came back to win the match and the final set in little over two and a half hours, capping it off with a sweeping cross-court forehand on match point.

During an exciting 2022 season, Kasatkina re-entered the top 10 and had a successful campaign. Along with publicly condemning Russia’s invasion of Ukraine, she also came out as lesbian.

Noskova made it into the main draws of the French and U.S. Opens and peaked at ranked 87 in 2022.

Although there were many highs and lows, Noskova believed the season overall to be a success. “I guess I started at approximately 300, and now I’m at about 100, so it’s progressing well.

The winner of the contest between American qualifier Claire Liu and Australian Priscilla Hon will now face Noskova.