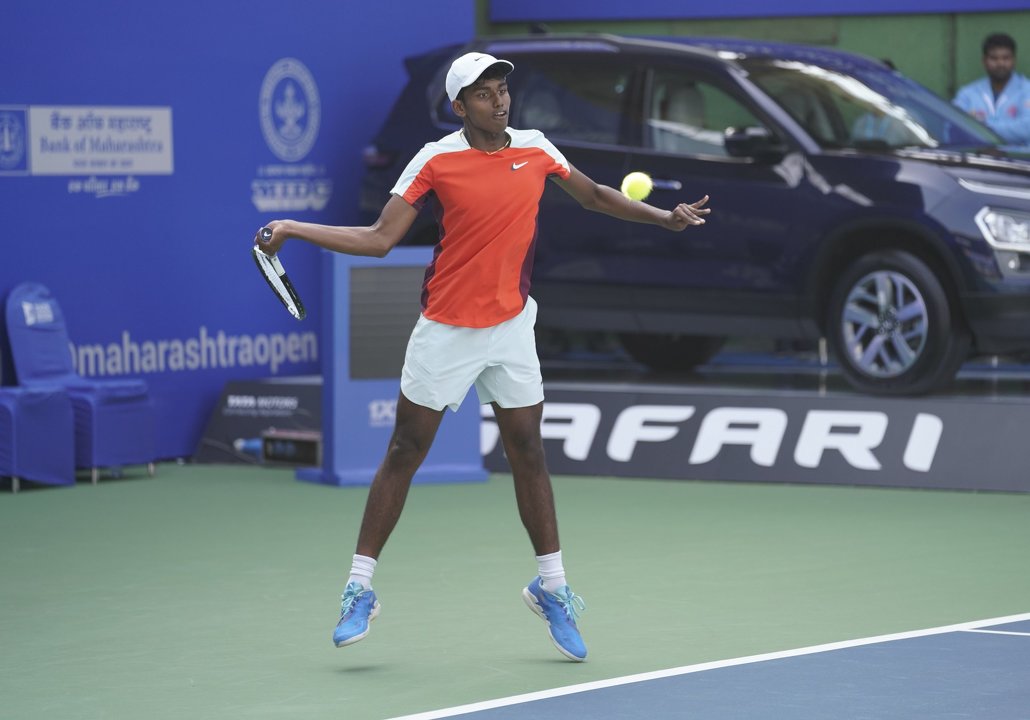 In the first round of the men’s singles competition at the Tata Open Maharashtra on Monday, Manas Dhamne, who is just 15 years old, created an impact with his courageous attitude. Michael Mmoh, however, ultimately prevailed.

Dhamne, who received a wild card entrance into the top tennis competition, experienced top-tier tennis on the first day of the ATP250 event before losing to the world no. 115 by scores of 2-6, 4-6 to quit the competition.

Dhamne demonstrated a preview of what he may offer as he develops and matures by competing against a more powerful and skilled foe.

He lacked the strength to regularly trouble his opponent and the legs to win those tough rallies, but he showed a lot of spirit in the fight, which supported his wild card admission.

“I didn’t anticipate that (fight). He took me off guard. He has a great career ahead of him,” remarked Mmoh, 24, who was admiring the adolescent.

In the fourth game of the first set, Dhame caught the attention of the home crowd with a spectacular backhand passing winner and a strong forehand that Mmoh netted to give himself two break opportunities. The American started serving strongly to hold, after which it became one-way traffic.

He lacked the stamina to win those tough rallies and the strength to continuously worry his opponent, but he had a lot of spirit throughout the fight, which supported his wild card admission.

“I didn’t anticipate that (fight). I was taken aback by him. Mmoh, 24, who was admiring the boy remarked, “He has a great future ahead of him.

When Dhame produced a beautiful backhand passing winner in the fourth game of the first set and then followed it up with a strong forehand that Mmoh netted to give himself two break opportunities, he captured the attention of the home crowd. The American started serving strongly to hold and then turned the traffic into one-way.

Dhamne also employed backhand slices and drop shots, displaying some foresight but occasionally lacking in execution. The contest was kept interesting by his sporadic victories.

The American broke early in the first set and came very close to winning the match before dropping his service with a double fault and showing signs of exhaustion by dropping a few games in a row.

However, Mmoh ended the match in the tenth game with a flawless body serve.