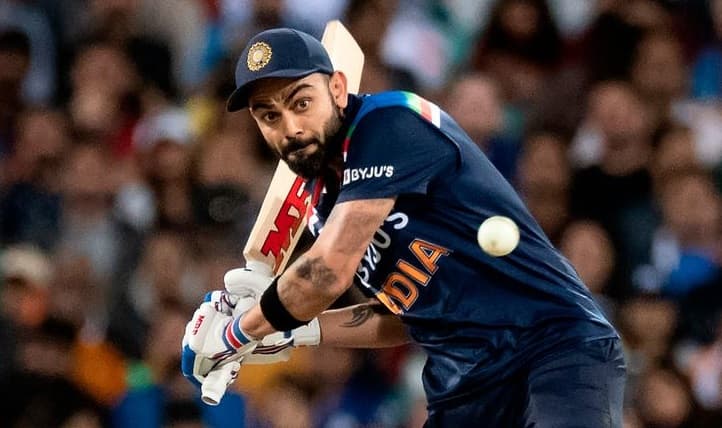 Virat Kohli is an Indian professional cricketer, regarded as one of the greatest batsmen of the current era. An intense, zealous, ruthless, and enthusiastic person who has taken India to greater heights with his captaincy and batting. Check Virat Kohli Centuries List Of Virat Kohli Test, ODI Centuries, T20I.

He averages almost 50 in all three formats and the whole cricketing world is terrified and amazed by his ability on the cricket field. The testament of his success and prodigious batting is clear by the number of centuries he has been able to pull off in such a short period of time.

It is astonishing and amazing that the 32-year-old already has 70 international centuries to his name, making the number fifth highest in the world.

Check out the list of Virat Kohli Test, ODI, and T20 centuries

Kohli’s first test hundred came on 24th January 2012 against Australia in Adelaide, when he scored 116 runs but lost the match. He scored his first century in India against New Zealand in Bangalore and helped India win the game.

He has scored centuries in all the countries he has played. His highest score of 254 came against South Africa at Maharashtra Cricket Stadium in Pune in October 2019

Virat’s first ODI hundred came against Sri Lana at Eden Gardens scoring 107 with a strike rate of 93.85. In one of the best innings played by him, he scored a sparkling 133 in just 86 balls against Sri Lanka in early 2012 to help India chase 321 in just 36 overs.

The Indian captain’s highest score came against Pakistan in the 2012 Asia Cup when scored 183 runs to win the match. He is the third captain to make 183 runs after Sourav Ganguly and MS Dhoni. His chasing ability has made him one of the greats of the game with India winning 81 percent of their matches when Kohli scores a hundred in the ODI format.

The Indian captain still has a record book to open in the T20 format of the game since his debut in 2010. He is yet to score a century in this format.

However, in the IPL, he has scored 5 centuries with 4 of those coming in the 2016 IPL when he scored over 900 runs and took his team to the final of the IPL losing to Sunrisers Hyderabad.