Virat Kohli’s strength became a weakness, know why the batting coach of the Indian team tell 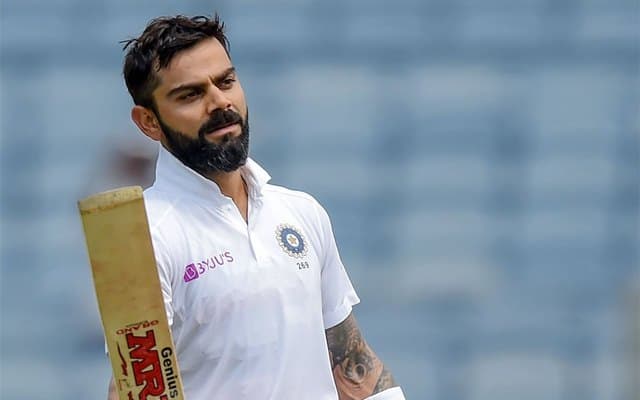 Some shots of Virat Kohli, the most talked-about batsman in the cricket world, are made on sight. Although Kohli has the ability to play one to one great shots in every direction.

Vikram Rathour believes that Virat Kohli should not hesitate to drive as he has scored a lot of runs but for this, he should choose the right ball.

Everywhere in the field, some of his shots are considered very interesting.

Drive Shot is an identification of Virat Kohli Batting

In which the drive of Virat is really beautiful. Be it cover drive or straight drive, Kohli plays these shots in such a way that the picture always gets etched in the hearts of the viewers.

Virat Kohli has scored a mountain of runs with drive shots in any format of cricket.

Virat Kohli has such a grip in these shots that he can score runs by playing these shots in any way.

Indian Test captain Virat is giving a catch behind the wicket in an attempt to make a cover drive or an off-drive. Kohli used to add a lot of runs by putting drives, but now he is hesitant to play this shot.

Indian team’s batting coach Vikram Rathod was questioned after the fourth day’s play of the first Test match being played at Centurion, he said that

“Virat Kohli should not hesitate to drive, because He has scored a lot of runs with this but for this, he should choose the right ball. He should play those shots, but I think what is your strong side becomes your weakness as well. He should choose a better ball while playing this shot.

But now Virat Kohli’s biggest strength is turning out to be his biggest weakness of the drive shot. We are not saying this, but the batting coach of the Indian cricket team

Virat Kohli has been losing his wicket for some time as a keeper behind the wicket or caught out in the slips attempting to drive.

That is the drive on which he has scored many runs, while the drive is becoming a weakness for him.