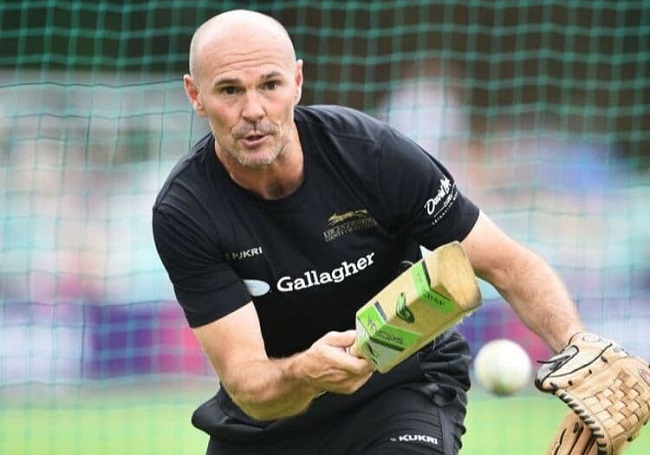 Bangladesh Premier League is all set to roll out with the matches for the season. The 8th edition of the league will be starting to roll out soon with the fixtures. Check All Team Coach Name in BPL 2022.

The tournament will be starting with the fixtures for the season. The draft for the league is announced and the player is also set for the matches.

The coaches of all the teams are announced and the fixtures will be starting soon with the tournament his January 2022.

Here are the details about the team coach name in Bangladesh Premier League 2022 listed here on this page.

Paul is currently leading a popular team in Bangladesh Premier League 2022. He is a former cricketer and currently a coach of the BPL team Chattogram Challengers. Paul is an English player who is also a left-handed batsman and a left-arm medium bowler. The player used to play the role of a wicketkeeper in the game.

He has been a part of Domestic teams like Cumberland, Leicestershire, Kent. He was a part of the England cricket team and played the matches for the team within the four months.

Mervy is a popular player’s coach from the Sylhet Sunrisers where he is leading the team. The player is a right-arm fast-medium bowler and right-handed batsmen in the league.

The fixtures for the game are rolling out where he is guiding the team for the BPL 2022. He is a former West Indian cricketer from Toco, Trinidad, and Tobago.

He has been a part of various teams like Trinidad and Tobago in the Domestic leagues. During his cricket times, he plays his first test match in 1997 that is 14th March. He makes his ODI debut if November 3, 1997.

Khaled is a former cricket player and currently a coach for Fortune Barishal. He is a Bangladeshi player from Dhaka, Bangladesh. He is a bowling all-rounder who is also a right-arm medium bowler and a right-hand batsman.

He marks his Test debut in 2001 against Zimbabwe and the last Test match rolls out in 2006 October. The ODI matches rolled out in 1998 on January 10 against the team India.

He has been a part of the Dhaka Metropolis and Dhaka Division during his cricket journey in the domestic teams.

Lance is currently a professional coach for the popular team in the BPL 2022 that is Khulna Tigers. He is a former cricket player from South Africa. He is popular with the nickname Zulu where he is an all-rounder player in the game.

Lance is a right-arm fast-medium and left-handed batsman. He marks his first-ever test debut matches against the team India in 1996. The other match he plays is against Sri Lanka which was his last test match in 2004.

During his cricket journey, the player has been a part of the teams like KwaZulu Natal, Mountaineers, Royal Bengal Tigers, Northamptonshire, Dolphins, Middlesex. Nottinghamshire as the Domestic teams.

Salahuddin is a popular and professional Bangladeshi cricket coach. He is currently coaching Comilla Victorians. He is a former assistant coach for the Bangladesh official cricket team and the Singapore national cricket teams.

The domestic teams he has been a part of are the Chittagong Vikings, Comilla Victorians. Sylhet Royals, and Bangladesh.

Virat Kohli’s strength became a weakness, know why the batting coach of the Indian team tell