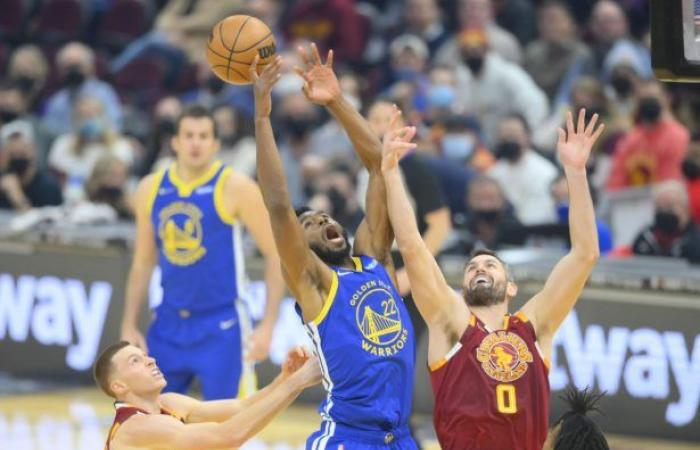 Watch Andrew Wiggins for Cavs next summer: Golden State Warriors forward Andrew Wiggins displayed an impressive performance during the 2022 NBA Playoffs. He pitched a record of 16.5 points and 7.5 rebounds per game. Wiggins helped the Warriors claim another title.

Wiggins seems to have found a home with the Warriors. He has an uncertain future. The University of Kansas player has only one year left on his contract. He is moving on to become an unrestricted free agent following the 2022-23 season.

Anthony Slater and Marcus Thompson II reported that there were a few preliminary discussions between the Warriors and Wiggins regarding an extension. However, nothing turned out to be “imminent.”

Wiggins has been drafted by the Cleveland Cavaliers before. He was then traded to the Minnesota Timberwolves as part of a deal for Kevin Love. It reflects that a reunion is on the horizon.

“Instead, multiple league sources tell Right Down Euclid that Cleveland fans should keep an eye on Golden State Warriors forward Andrew Wiggins next summer,” Evan Dammarell disclosed. “The Cavaliers have bounced around the idea of bringing back Wiggins into the fold for a while now. And the Warriors probably cannot afford Wiggins on top of the other costly contracts on their payroll. With how Wiggins performed en route to an NBA Championship this summer, the fit would make almost too much sense with Cleveland.”

It would definitely be interesting to see Wiggins rejoin the Cavs. He has been linked to the organization a few months ago.

He did not live up to the expectations when he was the first overall pick in the 2014 NBA Draft. But, Wiggins successfully carved out a pretty nice career. He has been entitled to an NBA All-Star for the first time in his career last season.