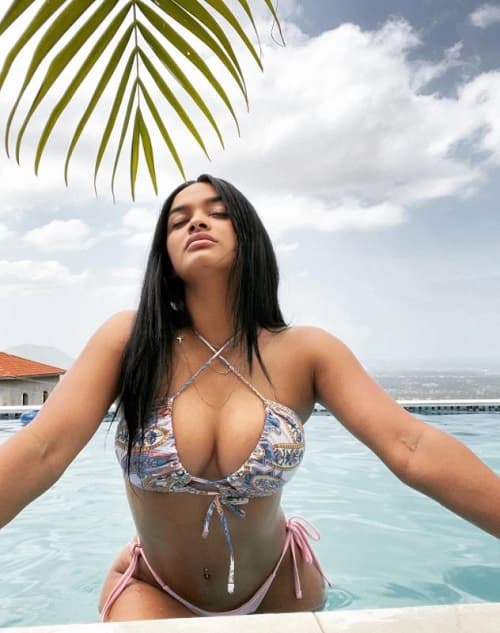 Regina Ramjit is Supermodel by profession. She was Contested in Miss Wolrd Competiton in 2013. Regina Ramjit is a partner of the most successful rounder Dwyane Bravo. Along with her sisters, Regina Ramjit takes part in the yearly carnival in Bridgetown. She is from Bridgetown, Barbados and her profession is Model and Entrepreneur.

Jassym Lora is a professional Model. Andre Russel and Jassym Lora got engaged in 2014. And in 2016, they tie the knot. Jassym Lora hails from Miami, Florida in the United States of America. She loves Travelling, Shopping. While Jassym Lora is a fitness enthusiast and loves to keep herself fit.

Nandita Kumar is the Wife of Sunil Narine. Sunil Narine is the most successful spinner in T20I’s and ODI’s as well. Nandita and Sunil Narine tied the knot in 2013. She is a professional Nail artist. Her Birthplace is Arima, in Trinidad and Tobago. Nandita Kumar is very supportive and she traveled to India during each IPL Season to Support KKR.

Cathy Daniel is the wife of former captain Darren Sammy. The Couple Got married in 2010 and she is the mother of Four Children. Cathy Daniel works as a Carnival Queen. She was also a Professional Model but she gave up her Modeling Career.