WWE Day 1 2022: You can watch on the following channels in India 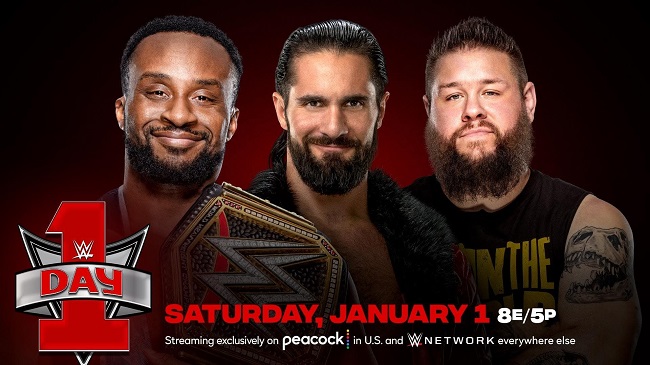 WWE Day 1 2022 is a wrestling event that is all set to roll out with the fixtures produced by WWE. The rings are set for the fights by the popular wrestlers in the game. Check WWE Day 1 2022.

Raw and SmackDown will be promoting themselves in the event where the city hosting the event in Atlanta, Georgia. State Farm Arena hosts the fights for the day.

The promotions of WWE are starting from January 01, 2022, where the evening will be streaming (airing) on Pay-per-view (PPV) worldwide. There are various streaming partners for the event in India, States, and Worldwide.

The fight will be streaming in the United States on Peacock WWE Network will be available for streaming Worldwide.

Check this page for more latest updates about the WWE Day1 2022: streaming details and information here on this page.

WWE Day 1 2022 Streaming of the fixtures in India

The matches will be starting to stream in India on January 01, 2022. It is a Saturday where the fixtures are starting with the pre-show at 05:30 AM as per the Indian timings.

The fixtures for WWE Day1 will be streaming on the official broadcasting partners for the league. The streaming rights are sold in India to the Sony Sports Network.

The matches will be streaming in India on Sony Network in different regional languages.

WWE Royal Rumble 2022 Start Time, Venue, How And Where To…

The channel is available for streaming on various DTH service providers in India. The other channel that will be streaming the matches is Happy India Sports (4 channels)

You can avail the streaming of the channels on your television sets the subscription is available at the best prices.

Here are details about the streaming of the Channel of Sony Sports here on this page.

The subscription for the Sony Liv App in India is Rs. 299/year which is a special WWE Network pack.

The matches will also be streaming for free for the JIO subscribers. All you must do is log in to the Jio TV app with the Jio phone number. Verify using the Jio Number and you are all set to enjoy the streaming of the matches for free on JIO TV App.