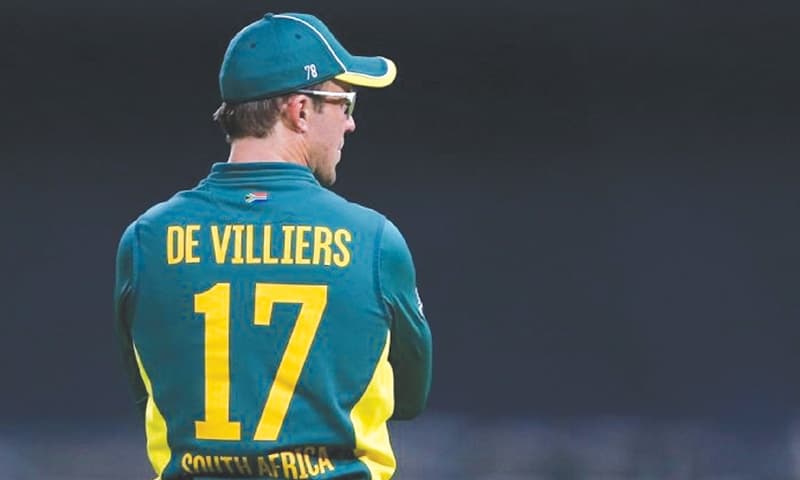 A cricketer is made of two factors: either by sheer hard work and perseverance or by the abundance of talent and natural ability to affect the game. But when we see a player who is a once-in-a-lifetime generational talent, who looks like a player made in a computer game with his attributes maxed out, you know that he would inspire a whole new generation. AB De Villiers is one such talent. The mercurial South-African player who could do anything the team ask him to – whether to open or play in the middle order, whether to bowl or keep wickets, he would do anything for the team. Check AB De Villiers Salary of IPL 2021, Net Worth: IPL Stats, Record List.

A player with a 360-degree range of shots who could sweetly time the ball or just thrash it, his range of shots all across the pitch has made him a fan favorite and his inventive shots have increased as his career has prolonged. AB could ramp over the keeper’s head, paddle sweep the pacers or could just reverse scoop over to fine leg, His technique, hand-eye coordination, and the ability to keep the bowlers on his toes has revolutionized the game.

De Villiers has made himself a cult-like figure in T20 cricket along with performances in the Test and ODI format which further stamps his authority on the game of cricket. AB could decimate the opposition with his batting like the score of 162 of just 66 balls against west indies at the world cup or just dead batting the entire time to save the game as he did against Australia at Adelaide Oval when he made a 220 ball 33, to save the test match for his side.

De Villiers made his debut for the South African side in 2004 when he was drafted as an opener after just 16 first-class games. AB showed his class in the longest format with an impeccable knock of 217 against India at Ahmedabad-becoming the first South African player to do so. He followed that up with an epic 270 against Pakistan in UAE and later became a middle-order batsman and kept wickets for the side after Mark Boucher retired.

Mr 360 played a key role in the domination of the South African side and played a key role in their series wins in Australia and England. A blossomed under the pressure of captaincy handed to him after the 2011 World Cup and he took his game to another level-demonstrated by his attacking century against west indies in just 31 balls breaking the record of the fastest century leading up to the 2015 World Cup.

He led his team to the semi-finals with immaculate captaincy and just fell short against the New Zealand side. With his increasing workload and chronic injuries, he shocked the world by retiring from international cricket just a year before the 2019 World Cup. He still, however, continues to play franchise cricket and amaze audiences all across the world.

The IPL has made AB a global superstar and likewise, he has made IPL a box-office attraction. The crowds pack the stadiums to see him – not just at the M Chinnaswamy stadium of Bengaluru but any stadium where IPL is played. He was part of the IPL since its inception in 2008 plying his trade with the Delhi Daredevils side ( Now called Delhi Capitals) for 3 seasons before he was picked up by the RCB in 2011 for 1.1 million.

It has since been a special ride for both RCB and AB De Villiers, with whom he hasn’t won the IPL yet but they have entertained the fans with AB becoming a great part of the team along with Indian Captain Virat Kohli with whom he has formed a great bond- both on and off the pitch.

He has finished as the leading run-getter for 3 seasons while being in the top-3 for the highest runs scored for the franchise ever since he joined them in 2011. With upcoming years seen as great for the RCB side with a great bowling line-up and less load of batting on AB, he could be the last piece of the jigsaw puzzle as RCB tries to get the hands-on the IPL trophy. Check AB De Villiers Salary of IPL 2021.

Being in the sport for so long, it is bound to happen that you break and make some records and AB De Villiers has had his share of records. Apart from being the first South African to score a double century in India, his score of 270 was the highest in Tests for his country before Hashim Amla scored a triple hundred against England to break the record. He also holds the record for most consecutive fifty-plus scores in matches with 12 back-to-back scores. He also was the part of the captains who had a pair.

It was not just his batting, he also created records with his wicket-keeping and he holds the record for most dismissals in a test match with 11. Some of his records are: