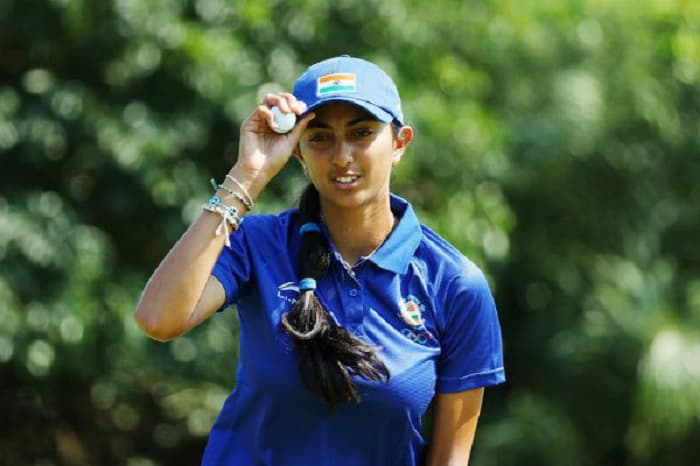 Aditi Ashok is an Indian professional golfer who took part in the 2016 Summer Olympics and also plays the Ladies European Tour and LPGA Tour. She is born on 29th March 1998 she is one of the youngest teenagers who made history by becoming the first Indian player. Since when she was five years old she was interested in playing golf and from then there is no look back till now she is doing very well. Check Aditi Ashok Biography, Age, Earnings, Olympics performance.

At the age of 18 in August 2016, she became the first Indian women golfer, whereas she is the youngest competitor in the tournament. In 2016 she also won ‘Hero Women’s India Open’ with a score of 3-under -par 213 and to win the ladies European title. So now let’s check out the complete details of Aditi Ashok Biography, Age, Earnings, Olympics performance.

Aditi Ashok is born in Bangalore she belongs to a middle-class family, she was first passionate about golf when she was 5 years old and since then she is doing great. In 2016 Aditi completed her graduation and she won the first state-level trophy when she was 13 years old in 2011 she didn’t stop over there she also went to win the National Amateur title, She is one of the strongest women golf players. Now mentally she is preparing for her Tokyo Olympics she seems like a golden opportunity for her to popularize golf in India.

Whereas talking about the situation of India Aditi says, “I think it would be big in India, and also being a golfer, a woman golfer, it will definitely boost the popularity of the sport. That’s what I’m hoping to do,” she further added “In India golf is growing. It’s much better than it was five or 10 years ago but it’s still not where it should be. We still need to have a lot more golf courses and a lot more juniors playing the sport. I’m hoping that happens soon. Golf is still pretty expensive in India compared to other sports. It’s not like golf has reached schools.”

Aditi Ashok currently is 23 years old, She is born on March 29, 1998, She has done her education at ‘The Frank Anthony Public School’ and at the age of 5 as mention above she started playing golf and in Banglore, there were only 3 golf courses and her father used to take her at Karnataka Golf Association driving range and since then she is doing her best and giving best.

Aditi Ashok net worth is around $100,000 and $1 million, In 2019 LGPA Tour Money Lender had earned $144,479 at a younger age she is earning a good and also in the upcoming tournament she will earn some dollars more she is having a good lifestyle and wealth at the very early age.

At the age of 13 years, she won the first state championship, and on the next, she also went to win the ‘National Amateur title’ which was very impressive. Being a young achiever she herself establish by winning the National Junior Championship in the years 2012, 2013, and 2014. In the Asian Youth game, she was the first Indian golfer to compete with women. In 2016 she is the first female youngest from India to get qualify in Rio Olympics. Talking about her success she says “Well, I didn’t expect to be there obviously,” as she ranks 462 in the world “I just tried to follow my game plan and do my best every day, and now I’m up there, so I’m really looking forward to the weekend.”

Popular International Cricket players to have registered for LPL 2