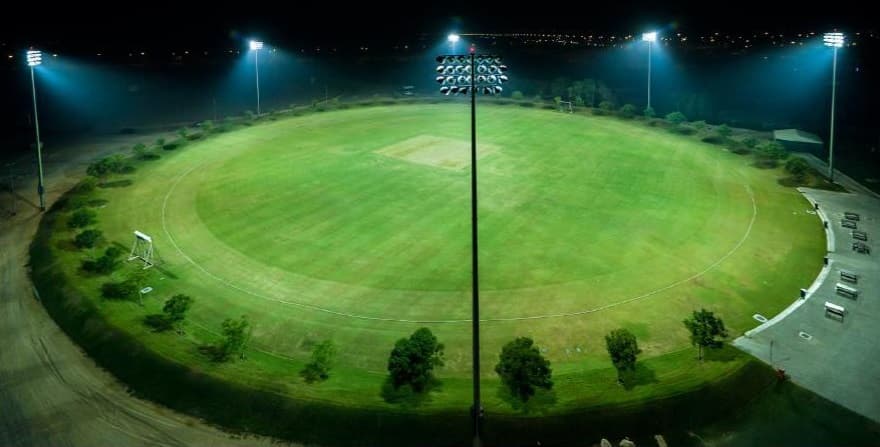 Due to COVID, this is shifted to a new venue, India Pakistan starts their tournament journey by playing against each other.

As we all know IPL 2021 is played in UAE and Oman due to COVID restriction that’s why many players get the experience of its pith and weather.

In this article we tell you about this Ground Pitch Report, Records, Dimensions All You Need To Know.

Al Amerat is also known as Oman Cricket Academy Ground which is in Muscat. In Jan 2012 ICC give permission to Ministry Turf 1 to host test matches.

Thus ground has floodlight, If we start to talk about their T20 stats they’re a total of 28 matches are played if any team chooses to bat they won 13 matches.

If anyone chooses to bowl first then they won 15 matches, the Highest score is chase by 183/9 in 20 over IRE vs NED.

Now let’s talk about ODI stats there are a total of 15 matches are played, if any team chooses to bat they won 4 matches.

If anyone chooses to bowl first then they won 10 matches, the highest score which is chase by 231/5 in 49 over NEP vs the USA.

This pitch is not of high score and does not support a low score, Its dimension is 65 m which is an average playground, not too big, and not too small.

According to stats, it shows that this pitch is supporting bowlers more than batsmen.

The team first chooses to bowl then there is more chance of their winning the match, This is a new stadium that’s why ICC is giving more effort to establish it like other grounds.