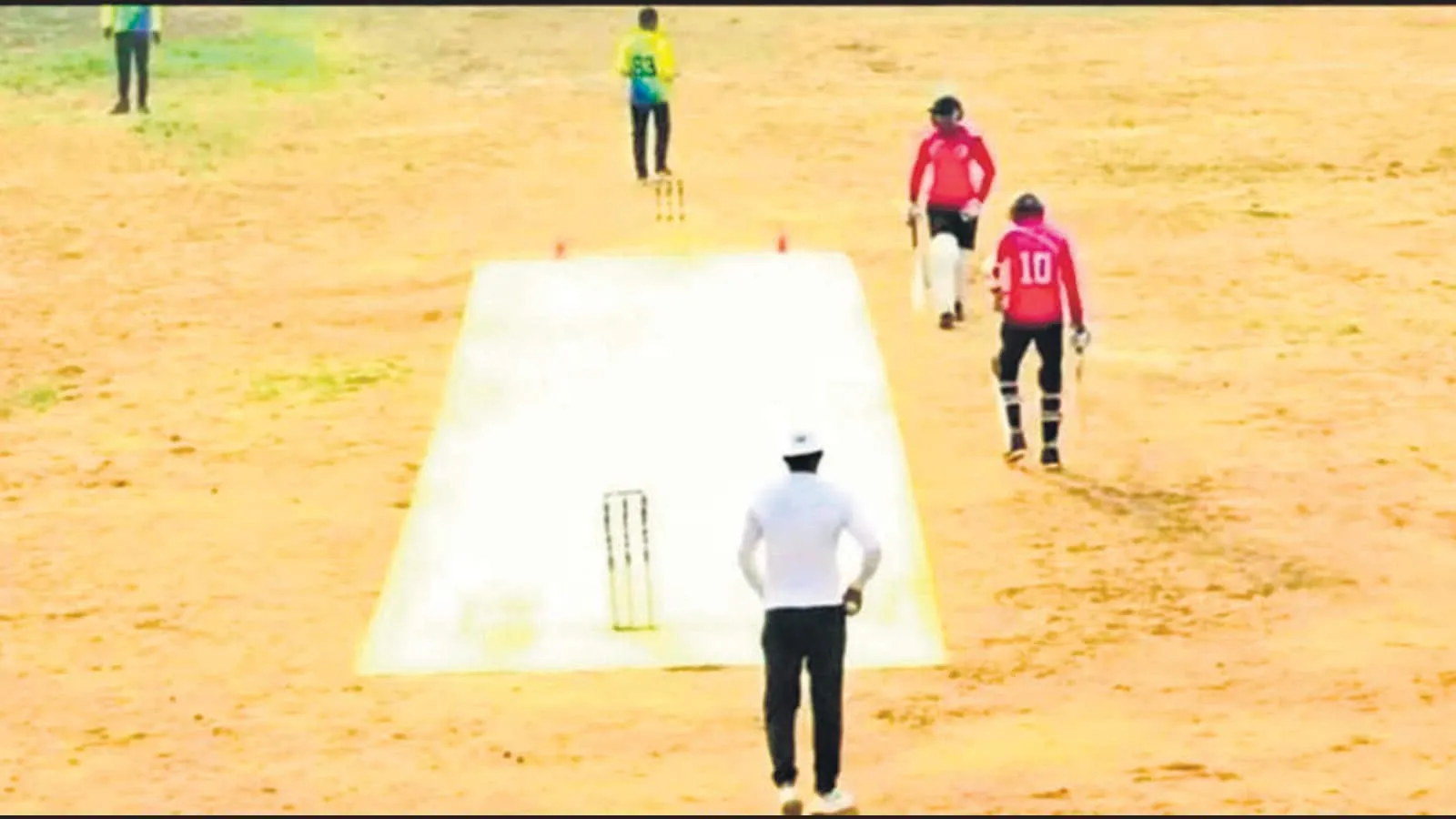 Behind the heartbreaking fake league : Sanjay Thakor, 30, excelled at cricket, but only in the tennis ball version of the game. He grew up in the hamlet of Sundhiya in Gujarat’s Mehsana district, around 90 kilometers from Gandhinagar, working at his farm and playing alley cricket in his spare time. He had never really seen a cricket ball until quite recently.

The cricket enthusiast in him was fascinated when word spread that a cricket match will be played in Molipur, less than 10 kilometers away, and streamed live on YouTube. Sanjay began traveling to Molipur with his friend Sukhaji Thakor, 38, who lived nearby, to see the matches. They’ve captivated them. All of the teams had their own uniforms, and the games were played under floodlights.

The organizers saw their curiosity as they began to attend regularly and asked them to join the groups. Additionally, there was money to be made; 400 was paid for each game played. Sanjay, a spin bowler, became the captain of the Chennai Fighters in the beginning of June. A batsman named Sukhaji was named Gandhinagar Challengers’ captain.

Their desire to take part in genuine cricket matches was short-lived. The night of July 6, two days after the two friends were appointed captains, Gujarat police conducted a raid at the Molipur cricket ground. 24 people in their sparkling cricket uniforms have been taken into custody and questioned.

The immediate worry for Sanjay was money. We had only completed eight of the 10 matches that the organizers had agreed to pay us for. “Our expense was our main worry.”

The two men quickly realized that being paid was the least of their concerns because they were a part of an extensive deception that involved staging games to defraud Russian bettors, broadcasting live games online with fake crowd sounds, and organizers generating quick cash from illegal betting.

Shoyeb Dawda, Saqib Mahamad, Koli Mahamad Abubakar, and Sadiq Dawda are the 4 people who have subsequently been detained; 20 of the 24 cricketers who were found on the Molipur floor, along with the 2 friends, were all released. The other three are from Molipur, with the exception of Saqib Mahamad who is from Uttar Pradesh.

A tiny community with a majority of Muslims, Molipur has 1,200 houses and is located 3 kilometers from Vadnagar, where most people are engaged in farming. The town is also home to a sizable population of Cheliyas, who manage vegetarian restaurants, mostly along the roads that connect Gujarat’s cities.

On the outskirts of the settlement, the location where the matches were held was hidden from view. When the media guys went to Molipur, the field was overgrown and deserted, the floodlights were scattered around, and a brook ran nearby. There is a tiny hut in another corner where the organizers frequently may be seen using computers to stream the games live on a YouTube channel. The players were prevented from entering that area, thus they were unaware of this.

The main organizer, Shoyeb Dawda, 25, was raised in this town.

Dawda was described by villagers as a calm and quiet man who worked as an attendant in a resort till a few years ago. The son of farmers who owned a small plot of land tried his hand at a variety of occupations, including electrical repair work, but was unsuccessful. Dawda wants to follow in the footsteps of the many rural youth who labor in the Middle East.

Additionally, Dawda began selecting players, a process that took him 2.5 months. Mehsana frequently hosted cricket matches, and Dawda visited the fields where the game was being played and talked with the players. He was able to focus on some. Most of the people offered 400 yen for watching a match have been farm laborers, electricians, waitresses, and even a schoolteacher.

The bottom could not be seen from the street or by those working in the fields since it was surrounded by plants.

The process of setting up the field for a T20 cricket match started in the first week of June. A pitch was prepared, and the grass had been groomed. Large speakers were installed on a corner of the field, floodlights were mounted on top of bamboo poles, and a person was hired to operate the camera. To provide a reliable supply of electricity for the matches to be streamed, Shoyeb installed an electrical energy generator.

According to officials familiar with the inquiry, the games were broadcast on the Century Hitters T20 YouTube account, and bets were taken via a Telegram channel. The images on the screen have been created to look as real as possible, especially to spectators who are unfamiliar with the game. Investigations have shown that the entire event was manufactured to deceive spectators in Russian towns including Tver, Voronezh, and Moscow.

The wagers have been placed on the teams that are expected to win the game as well as the players’ success in hitting fours and sixes. Because the individual asked Dawda to launch the fake league, Gujarat police have identified a guy located in Russia who goes by the name Asif Mohammad.

Another police officer speculated that the player behind the playing setup may be a Russian by the name of Efimov. He said, requesting anonymity, “Probably they were running the scam for Efimov, who supplied the money.

All The Arguments You Need: Equal playing field?