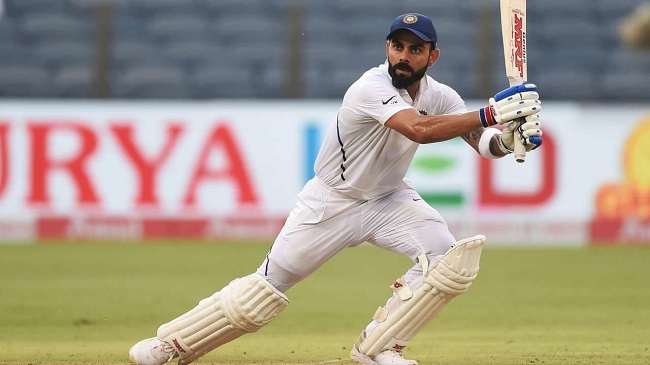 India and South Africa are playing 3rd test match, under the leadership of Captain Virat Kohli in which 1st Inning batsmen don’t prove themself in the match.

Apart from this in the batting lineup Virat Kohli enter in special 99 and in the balling lineup he catches one wicket and makes this record.

Captain Virat Kohli make this century in the 99th Test

Let us tell you that Virat Kohli has made a record of taking 100 catches in his 99th Test match.

Before this, there are five Indian batsmen who have taken 100 or more catches in Test cricket.

Sachin Tendulkar has 115 catches in 200 Tests

In test Cricket Kohli complete their 99 matches and make 7947 runs with help of 27 centuries and 28 half which include 894 fours.

He started his test carrier against West Indies on 20 Jun 2011.

In 3rd match, Mohammad Shami takes the wicket of Temba Bavuma and Kohli takes that catch.

Now it’s the turn of the 2nd inning of Team India in which again KL Rahul and Mayank Agarwal continue their flop performance and make 10, 7 runs respectively.