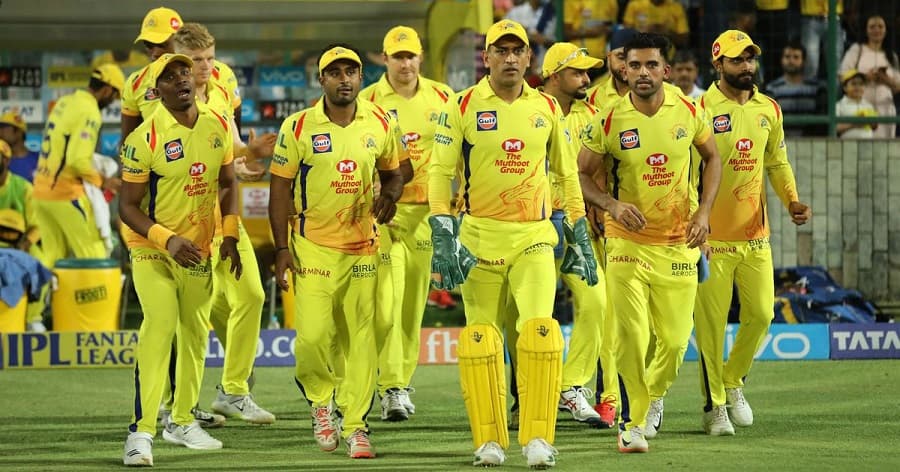 Chennai Super Kings is the franchise cricket team based in Chennai, Tamil Nadu. The team participates in the India Premier League (IPL). The team takes part in the league since season 1 of IPL. The home matches of the teams take place at the M.A. Chidambaram Stadium. Check Chennai Super Kings Players 2021 List, Owner, Captain, Jersey, Coach, and, Schedule.

The team is owned by India Cements Ltd and Chennai Super Kings Cricket Ltd. They were under suspension for 2 years from the league as the owners were into the betting case. It is one of the successful teams where they are the winners of IPL three times that is 2010, 2011, 2018.

They have made it to the playoffs most of the time in the league. Check out more details about the Chennai Super Kings 2021 owner, captain, jersey, coaches, players, etc here on his page.

The owner of the team is a famous manufacturing company in India which is India Cements Limited. The company is head by the former chairman of the International Cricket Council (ICC) N. Srinivasan.

The captain of the team is former Indian international Cricketer Mahendra Singh Dhoni. He is the captain of the national team India in limited-overs format from 2007 to 2017. He has been proven one of the best captains of the time where team Indian has won several champions trophies.

Mahendra Singh Dhoni is a Wicket-Keeper batsman from Ranchi, Bihar,

The coach for the team is Stephen Paul Fleming. He is a cricket coach and a former captain of the New Zealand National Cricket Team. he is one of the greatest batsmen. Stephen also has a record of winning the Bronze medal at the 1998 Kuala Lumpur Commonwealth Games.

He is the team’s head coach and the team has won many of the matches under his leadership.

The home ground for the matches is the M.A. Chidambaram Stadium, Chennai. The capacity of the ground is 50,000.

There are two secondary grounds for the team is JSCA International Stadium Complex, Ranchi the capacity of the stadium is 50, 000 attendees. Another ground is Maharashtra Cricket Association Stadium, Pune with a capacity of 50, 000.