Colombia Squad For Copa America 2021 And Players and Match List 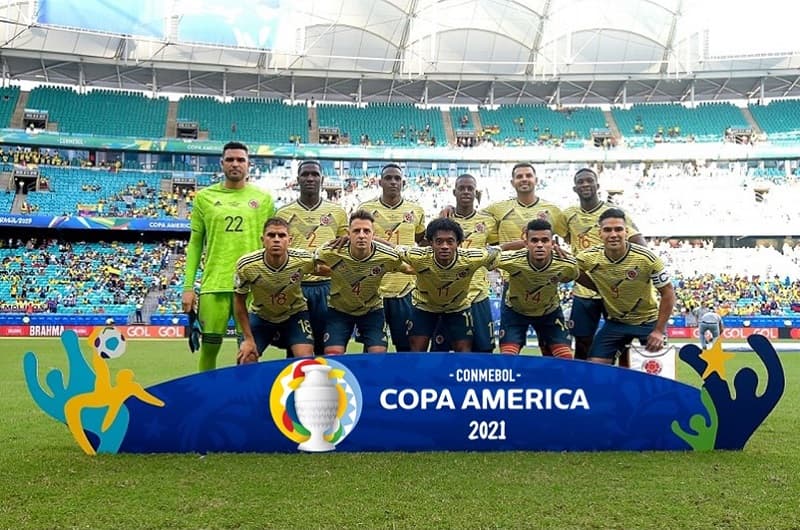 Total 28 matches will be played in Copa America 2021. While the Final Match will play on 10th July 2021 at Estadio de Maracana, Rio de Janeiro. In the upcoming season of Copa America, 2021 total of 10 ṭeams will feature. Australia and Qatar were two Invited teams for the Copa America 2021, But they back down from the competition. In Group Stage matches each team will face another team only once.

Colombia is one of the 10 teams which will take part in the Copa America 2021. In the previous edition, Colombia did not make it to the Final. The team managed to reach Knockout Stages. But in the Quarterfinal match, Chile Defeated Columbia in Penalties. Colombia will face Brazil, Venezuela, Peru, and Ecuador in the Group Stage Match. The First Match of Colombia in Copa 2021 is scheduled for 13th June 2021.

The team will face Ecuador in the first match of Copa America 2021. Arena Pantanal, Cuiaba will host the Columbia vs Ecuador Match. The Complete team squad and Players list with positions are available here. So Make Sure you check it below. Colombia manages to Win the Copa America title only one time. In 2001 Colombia Defeat Mexico in the finals and win 1st Copa America Title. James Rodriguez is left our from Colmobila[‘s 24 Man Squad for the Copa America 2021.

Copa America 2021 Where to watch Live Online in India?