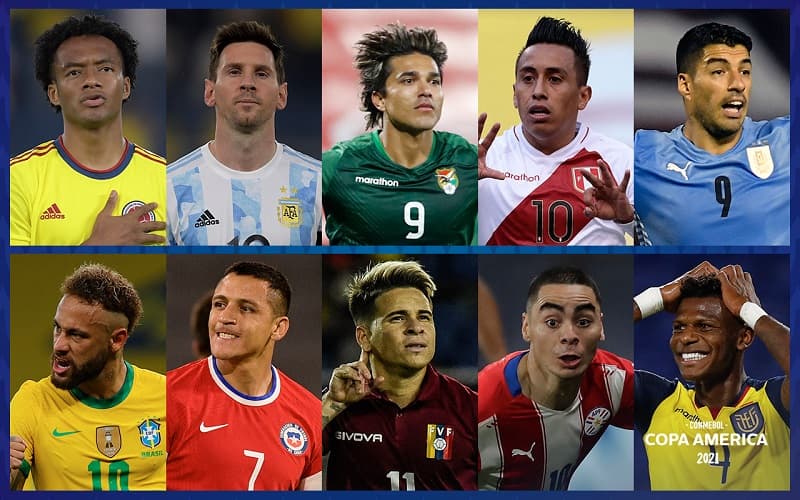 The Latest Copa America Season will be the 47th Edition of the Tournament. Copa America 2021 Schedule will kick off from 13th June. Group B Matches will start on 13th June While Group A’s first match will play on 14th June 2021. Each group consists of Five Teams. In Group A Argentina, Bolivia, Uruguay, Chile, and Paraguay. While in Group B Brazil, Peru, Venezuela, Colombia, and Ecuador. Copa America 2021 Points Table, Rules, Where to watch Live Score?

CONMEBOL and Copa America Official website will provide the complete schedule, fixtures, and time. Also, it will provide the live score and updates of all the matches. Indian football fans can catch the Live telecast of Sony Pictures Networks. It acquires exclusive broadcasting rights of Copa America 2021 in India. While Sony Liv is providing digital Live Streaming in India.

The Rankings of teams are determined on the basis of the greatest number of points obtained in all group matches, goal differences, and the greatest number of Goals Scored. If the two or more teams having equal points then the CONMEBOL organizing committee is likely to Draw Lots. In the knockout stage if the matches are drawn then the Results will decide on the basis of Penalty Shootouts. So check it out below the Points table of Copa America 2021 South Zone and North Zone.

Where to watch Copa America 2021 Telecast in India? and Worldwide TV Channels list