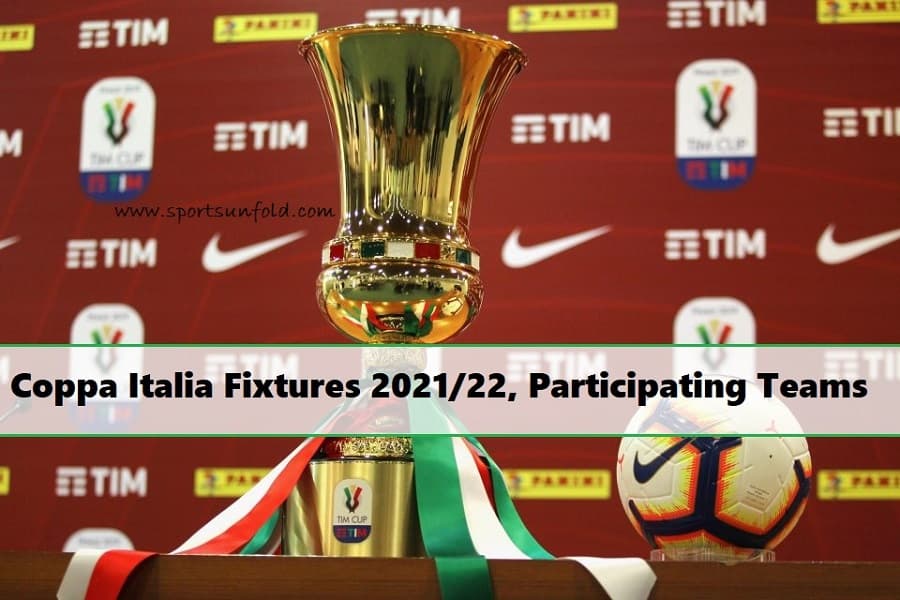 Coppa Italia will be launching the 75th season of the league soon this August. The 2021-2022 season will be on roll with the matches for the season. There will be 44 participating teams in the league taking part in the fixtures. Check Coppa Italia 2021/22 Fixtures, Participating Teams.

The teams will be fighting for the winning title of the Coppa Italia and the clubs will be divided into three groups Serie A, Series B, Serie C. The tournament will be rolling out title May 2022. The finals will be taking place on May 11, 2022.

Check out more details about the fixtures of Coppa Italia 2021/22 here on this page.

The fixtures for 2021/22 will be taking place in different phases there is a first and a second phase. The First phase has three rounds.

The preliminary round consists of 4 teams from Serie C and Series B taking part in the league starting the tournament. First-round consists of the 4 winners that will be joining Serie B, 16 teams, and Serie A, 12 teams. The second round will have 16 winners facing each other.

The first stage of the tournament has a total of teams and 4 matches taking part in the league. The tournament will be starting on August 8, 2021.

All four matches will be taking place on the same day.

The dates for the fixtures are yet to be out. However, the matches are all lined for the first round

The schedule for various rounds is out. The matches will be starting this August 8, 2021, and the finals will be taking place on May 11, 2022.