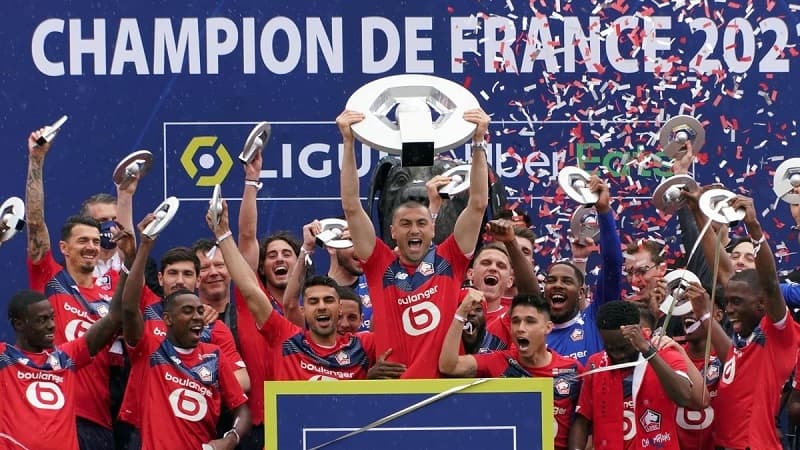 Ligue 1 the professional football tournament popular knows as the Ligue 1 Uber Eats for sponsorship reasons is rolling out since 1930. It is officially founded in 1930 that is 91 years ago ad 2002 as the Ligue 1. Check Ligue 1 Winners List and Runners Up, and Most Popular Ligue 1 Teams

The tournament has in total of 20 teams taking part where 19 teams are from France and 1 team is from Monaco. The relegation of Ligue 1 is to the Ligue on the level of pyramid as 1.

READ: Ligue 1 Fixtures 2021-2022, Calendrier And Participating Teams Are Out

Check out the details about the winner’s list and the most popular teams of the tournament Ligue 1 here on this page.

The winner’s list of the Ligue since 2002 is here. The winner of 2002-03 is the Lyon. The current winners of the league are the Lille with the runners-up as the Paris Saint-Germain.

The professional Football league Ligue 1 is all set with the new season. The winner of the tournament bags huge prize money and a winning title of championship The reward for the winners of the league is around 579 Million Euros.

However, this season the prize amount is expected to be lower than the previous seasons due to the Covid-19 situation.

The most popular team of the tournament is the Saint-Étienne. They have been the champions for the Ligue 1 for 10 times

The president of the club is Bernard Caiazzo where the Head Coach is Claude Puel.

ICC’s three newest Members – Switzerland, Mongolia, and Tajikistan All you need to know about it