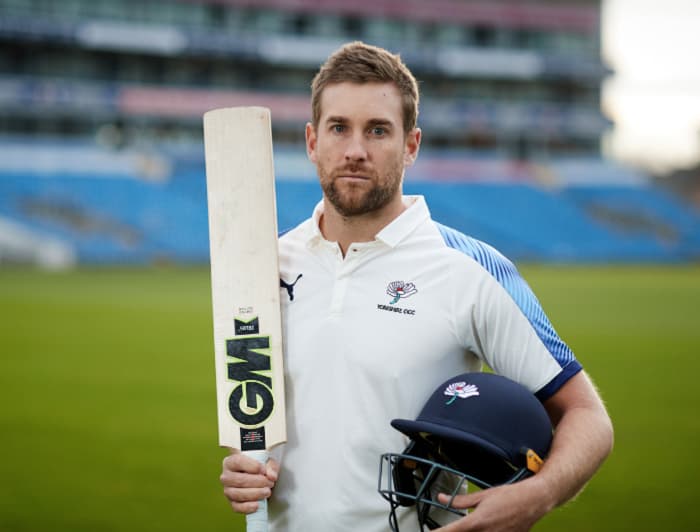 Dawid Johannes Malan is an English International cricketer born on September 03, 1987, and made his debut for England in 2017. He is a left-handed top-order batter who can bat according to the situation of the game and can change gears smoothly during his innings. He can be very destructive if the situation demands him to be. It is said that everyone is in their own time zone. Some people attain success or desired results early on in their life while others achieve it in the latter part of their lives.

Dawid Malan is one such player who had to wait for a long time before he got into the international circuit even though the talent was quite evident from the early days of his career. After getting into England’s team some inconsistent performances saw him getting dropped from the Test side and in and out of the T20 side.

But he finally found solace in the shortest format of the game T20s where consistent performances in recent years have made him the No.1 T20 batter in ICC rankings and have finally started gaining recognition and accolades from all over the globe. He also made his IPL debut in the 2021 season and has finally gained back his spot in the Test side also at the age of 34.

Dawid Malan has so far played in these teams: –

Dawid Malan made his test debut against SA at Oval in 2017 and he got two half-centuries in his first two series against SA and Windies. Though his performances were below par from what was expected of him, he still got the green signal for the ashes series 2017 down under. He scored his only Test century down under and was one of the bright spots for England in that tour.

But soon he was dropped from the Test side after some mediocre performances against NZ and India. Now, in 2021 he has been recalled back to the Test side and after scoring heaps of runs in white-ball format at the International level and a couple of good red ball domestic scores. Dawid Malan of 2021 is a more mature and complete player and much is expected of him in his second round of Test cricket. Also, check Dawid Malan’s profile on Wikipedia.

Dawid Malan ODI career has been a short one so far. He made his ODI debut in 2019 against Ireland and played a single match scoring 24 runs in it. After that, he got the opportunity to play 2 ODIs against India in India where he scored one half-century. The 3 ODIs against Pakistan provided him with another opportunity where he scored 68* in the first ODI. Malan is expected to get more opportunities in ODIs if he keeps scoring runs consistently.

Dawid Malan is the no.1 T20 batter in ICC rankings. Since he got the opportunity he has been prolific at no. 3 for England and provides them with the consistency and much-needed stability in the batting order. He can score at a very good strike rate too which makes him a complete package. Malan scored his highest score in T20 against NZ in Napier scoring a 48 ball century. He has performed consistently all over the globe playing in T20 leagues and has recently received a contract from Punjab Kings.

Dawid Malan has been a prolific run-scorer in the T20s but the IPL contract has been eluding him all these years. He was finally picked by Punjab Kings for IPL 2021 at 1.5cr in the auction.

As the 2021 season was suspended midway because of the corona, Malan could not play more matches to show his potential but the 2nd leg of the season in UAE might well see Malan lighting up IPL 2021 with heavy runs from his bat.

Dawid Malan was born in Roehampton, London. But his family and he shifted base to South Africa when he was 7. He did his schooling there at Paarl’s Boys High School.

Dawid Malan Sr. father of Dawid Malan was also a cricketer. He was a right-handed fast bowler and right-handed batter and played domestic cricket in both South Africa and England. Even his brother has played four first-class matches. Thus Dawid Malan comes from a rich background in cricket.