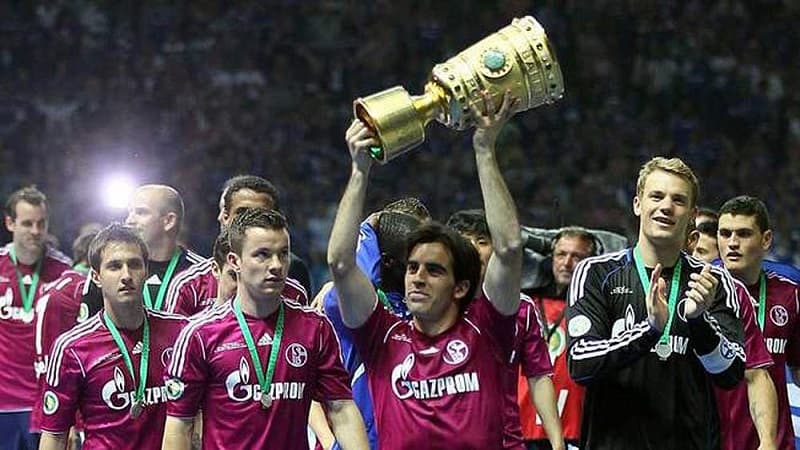 The winners of the tournament qualify for the DFL-Supercup and UEFA Europa League. The current champions of the league are Borussia Dortmund with the 5th title bagging in their court.

Check out the details of DFB-Pokal a 86 years old tournament winners list, most popular club, and other details here on this page.

DDB-Pokal is a German football tournament rolling out for 86 years with the fixtures. The current winners of the tournament are Borussia Dortmund. They were in finals with RB Leipzig where the score is 4-1 in the 2021 finals of DFB-Pokal.

The current runners-up of the league are the RB Leipzig where the match took place in Berlin. The club is in the finals with Borussia Dortmund where the score is 4-1.

The DFB-Pokal is one of the top German football leagues in Germany. The tournament has a popular club Bayern Munich which is the winner of the league 20 times.

They won the titles 20 times out of the 24 matches they played since the start of the tournament. Bayern Munich is the runners-up of the league four to 4 times.

The second most popular club of the league is the Werder Bremen which ton the league for 6 times. They are the runners-up four to 4 times since the launch of the league.

The third popular team of the league is the Schalke 04 who has won the league 5 times and has been runners-up for 7 seasons.

The tournament comes into existence as the Tschammerpokal in 1935. Dresdner SC becomes the first-ever team to win the league two times in a round in 1940-1941.