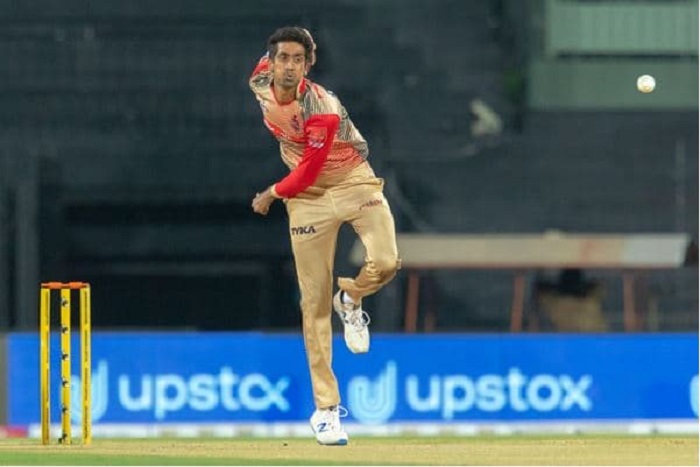 After captain Kaushik Gandhi won the toss and decided to field, his bowlers justified the decision by dismissing Dindigul for 103 in 20 overs. Sai Kishore was the wrecker-in-chief claiming 3 wickets for 14 runs to swell his count this season to 11 wickets and his overall tally to 54 wickets. The 23-year-old lanky bowler’s victims included the dangerous duo of Mani Bharathy (0) and Vivek Rajendran (7). The other left-arm spinners Manimaran Siddharth (1-17), who opened

the attack and Ramadoss Alexandar (2-3) also did a commendable job.

The worst fears came true for Dindigul as no batsman could lend a helping hand to their captain C Hari Nishaanth, who played a lone hand. It appeared as if Hari Nishaanth was batting on a different wicket as he creamed 56 runs off 46 runs (2 fours, 4 sixes) to rise to the top of the tournament’s batting charts by increasing his tally to 368 runs, going past Lyca Kovai Kings’ Bhardwaj Sai Sudharsan (358 runs). It was also his 11th fifty in the tournament.

Once Hari Nishaanth was dismissed in the 14th over, the rest of the side caved in with five wickets falling for the addition of 20 runs.

That only two other batsmen — debutant Ramachandran Vimal Khumar (11) and Munnusamy Silambarasan (11 not out) — could reach double figures tells the story of Dindigul batting.