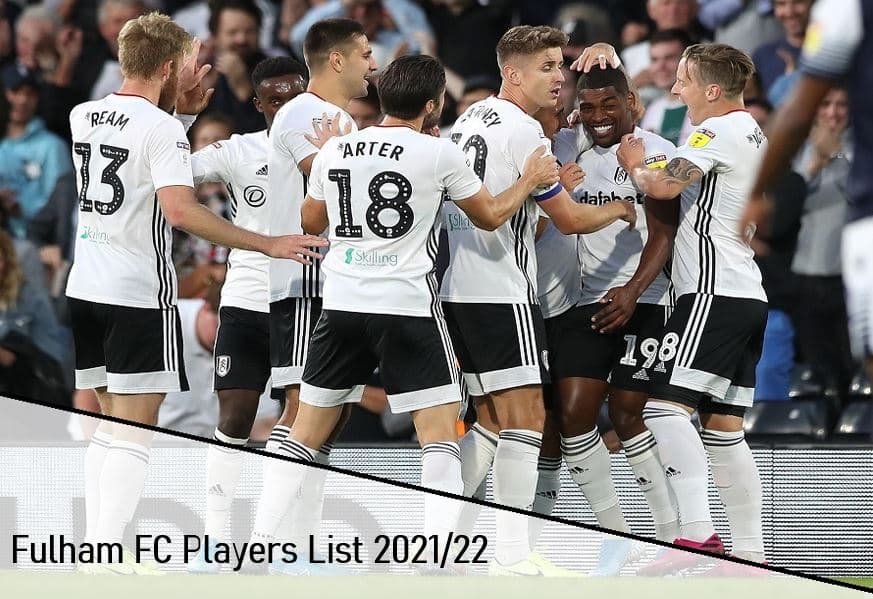 Fulham Football Club is an English professional based in Fulham, London. They currently compete in the Championship, the second tier of the English Football league they are one of the oldest football clubs playing professionally. They are also popularly known as “The Lily White”. Check Fulham FC Players List 2021/22, Complete Squad, Fixtures For Premier League, Manager, Coaches, Venue, And More.

The club has spent 27 seasons in English football top division the majority of which come in two periods during the 1960s and 2000s. Fulham’s main rivalries are with fellow West London clubs Chelsea, Queens Park Ranger, and Brentford. The club adopted a white shirt and black shot as a kit since 1903 and since they are still now using it the same. The team is all set to give their best performance in all the upcoming matches. So now let’s check out the complete details about Fulham Players 2021/22, Complete Squad, Fixtures For Premier League, Manager, Coaches, Venue, And More.

Here you can check out the complete squad list given below;

During pre-season, head coach Scott Parker left the club by mutual consent. Two days later, Marco Silva was appointed to replace Parker as head coach on a three-year deal. The coach of the club is as strong as the players and they always show them the right way as we all know Fulham is one of the best teams with some of best strong players also they manage and guide them in the proper direction and always be with them in all their ups and down situation we hope the new coach will take the team a step forward to their goals.

La Liga 2021-22 Where to Telecast On TV in India and Where To Watch Live Streaming? Complete Fixtures list, Also make a Worldwide broadcast TV channel list