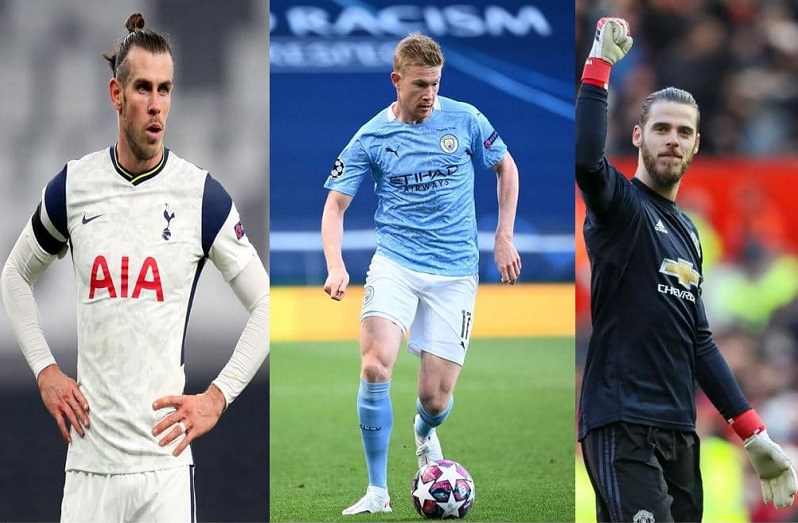 The Premier League referred to as the English Premier League or the EPL, the league is one of the oldest and popular competitions all over the world. There are 20 clubs participating in it and the season runs from August to May with each team playing 38 matches and most of the games are played on Saturday and Sunday afternoons. So check the Top 10 Highest Paid Footballer Players.

The football players are one of the most famous and highest-paid players, lots of money is involved in the competition and the best players are given some high amounts. Whereas everyone cannot get the same amount as compare to the other players but there are some of them who work hard and give their best. So now let’s check out the complete details of the (EFL) players.

Gareth Bale is one of the highest-paid players in the English Premier League (EPL) currently he plays from Tottenum Hotspur from Real Madrid of La Liga. His per week income is £600,000 and his annual salary is £31.2 million. After some difficult time with Real Madrid, he returns to Premier League. He is one of the highest scorers of all time since he earned over 90 caps and score 33 international goals.

David de Gea is a Spanish footballer who plays as a goalkeeper for Premier League club Manchester United and the Spain national team, he is one of the best goalkeepers. He has also won the title of Premier League, an FA Cup, a League Cup, three community shields, and the UEFA Europa League for three seasons from 2013, 2014, 2015, 2016.De Gea was the captain for Spain under-21.

Kevin De Bruyne is a Belgian footballer who plays as a midfielder for Premier League club Manchester City, he is vice-captain and the Belgium national team. In the year 2018 at FIFA World Cup, he represented Belgium and won the third-place playoff match against England, he is one of the most popular and famous players. He weekly earns £320,833.

Raheem is an English footballer who plays as a winger and attacking midfielder for the Premier League club Manchester City and the England national team, he is the highest-paid player for an English team. He weekly earns £300,000. He always works hard and achieves his goals.

Paul is a French professional footballer who plays for Premier League club Manchester United and the France National Team, he captained France to victory at the 2013 FIFA U-20 World Cup and took home the award of Best Player for his performance the hard work he has done and later on he was awarded the Best Young Player Award for his performance. Paul’s weekly income is £290,000.

Pierre plays as a striker he is captain of both Premier League club Arsenal and the Gabon national team, in the year 2013 he won the title of ‘Coupe De La Ligue’ and he joined Borussia Dortmund. He is one of the top goal scorers and also he ranks as the club’s sixth-highest all-time goal scorer, his weekly income is £250,000

Thomas Party is a Ghanaian professional footballer he began his career at the Spanish club, later on in the year 2018 he won the UEFA Europa League and UEFA Super Cup, and recently in 2020, he joined Arsenal in a transfer worth £45 million he is one of the most expensive players of Ghaniana all the time.

Anthony is a professional french football player who plays as a forward for France’s national team, Premier League. He began his professional career at Lyon and he was a member of Monaco’s squad for the two-season and in the year 2015 he signed for Manchester United with the initial fees of £ 6 million and later on it increased to £ 57.6 million and today his weekly earning is £250,000.

Sergio who is also popularly known as Kun Aguero as he wears “Kun” on his shirt a childhood nickname based on the character of the cartoon “Kum-Kum” is one of the greatest players in the history of the Premier League he started his football career at a very young age and now is one of the most successful and great players one could have with them his weekly earning is £230,135.