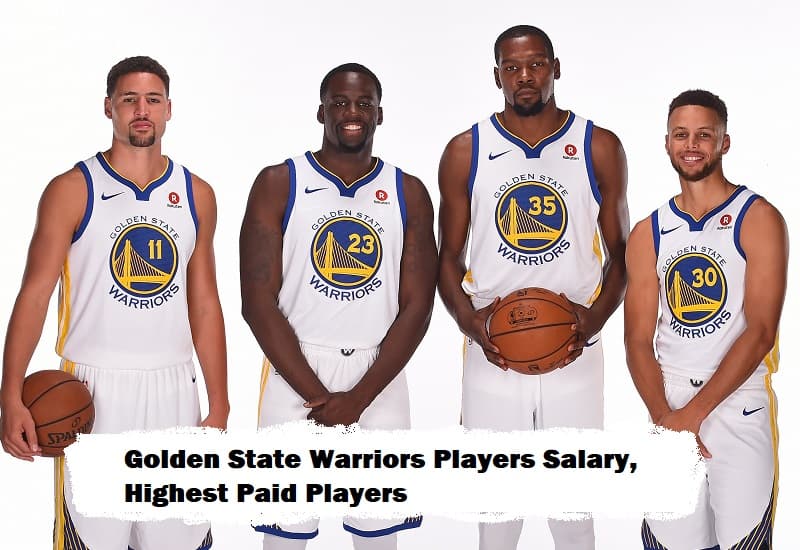 Golden State Warriors are the professional basketball team of America having its base in San Francisco, California. The team is founded in 1946 and it takes part in the National Basketball Association (NBA) as a member of the league. Check Golden State Warriors Players Salary In 2021, Highest Paid Players, Schedule, And More.

Warriors are one of the most successful teams in Basketball where they have won 6 championships, 6 Conference titles, and 12 division titles. The team is also a winner of the inaugural season of the Basketball Association of America (BAA).

The main sponsor of the league is the Rakuten where the ownership of the team is with Joe Lacob (majority) and Peter Guber.

One of the most successful teams in the NBA is the Warriors. The following is the list of players with their salaries in 2021 and they actively play for the team Warriors. Every player in the team has their own jersey number and they are pillars for the team to shine.

Take a look at the Golden State Warriors player’s salary in 2021.

The highest-paid player on the team is Stephen Curry he is a professional Basketball player who takes part in the NBA. He plays as the Point guard in the team. Stephen’s base salary in the NBA approx $45,780,966.

He is the highest-paid player on the team where he is also named the most valuable player in the league. He is a seven-time winner for the NBA All-Star. Stephen is playing for the Golden State Warriors since 2009.

He won the Men’s Basketball representing the United States in the FIBA World Cup. The national team wins the gold in the 2010 Turkey and again gold in the 2014 Spain.

The schedule for the league is out now. Teams will be starting out with the fixtures from October 2021. The season is all set with the matches. Also, the tickets are available for the sale of the matches played by the Golden State Warriors.

Check out the schedule for the Golden State Warriors here on his page.