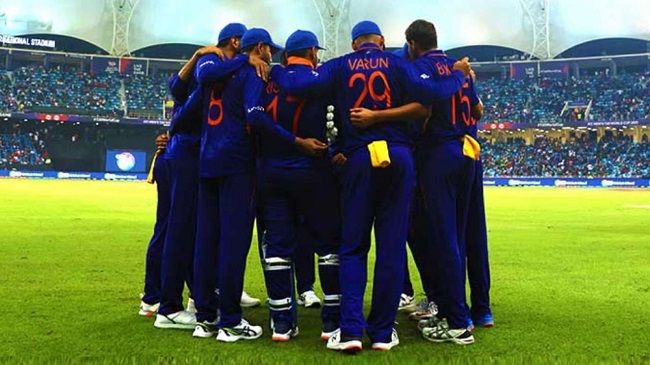 In Ongoing ICC T20 world cup 2021 three teams secure their places for the semifinal round. On Saturday there are two consecutive matches are played.

In the first match, Australia secured their place in the semi-finals by defeating defending champions West Indies by 8 wickets.

In the second round n the evening, South Africa managed to defeat England by 10 runs with Kagiso Rabada’s last over.

But due to being slightly behind in terms of net run-rate, she could not make place in ICC T20 world cup semi-finals.

In the ongoing T20 World cup, 2021 Australia and England secure their places for the semifinal round.

Australia beat defending champions West Indies by 8 wickets to get their fourth win, while South Africa also won their last match against England in an exciting way by 10 runs.

After the end of the league stage matches, England, Australia, and South Africa have a total of 8 points with 4 wins in 5 matches.

But South Africa fell slightly behind both the teams on the basis of net run-rate and missed out on making the semi-finals by a narrow margin.

Competition in Group 2 is tough

On another hand in this T20 world cup, Group 2 Pakistan secure its place for the semifinal, other teams who get a chance to play against Pak is India and New Zealand.

Today Afghanistan is playing against New Zealand, today’s match is decisive because this match decides which team gets a chance in the semifinals.

Just like group1, in group 2 also the net run rate is important for India and New Zealand.

In points also NZ has 6 points and Team India has 4 points, but they defeat Afghanistan, so in this way, if AFG manages to defeat NZ then it is helpful for India.