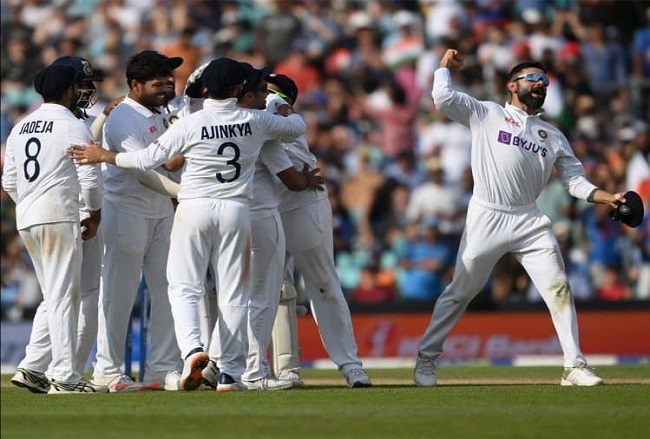 Actually, the Test series is being played between different countries under the WTC. Due to which there is a continuous change in the WTC Points Table.

Team India won the Centurion Test match against South Africa by a huge margin of 113 runs. After the results of this match, there has been a change in the WTC Points Table continuously.

Let’s keep an eye on the rank of the India team and other teams of the world, this match-winning performance is lucky for the team.

In a 3rd test match, Australia defeated England by 14 runs in the Ashes series to top the World Test Championship points table with 36 points.

While at number two with 24 points and a win percentage of 100 is present Sri Lanka is in second place.

While Pakistan cricket team is in third place with 36 points and a 75 percent win.

After winning the first test match against Africa, 12 points have been added to the account of the Indian cricket team.

Team India has now got 54 points while the winning percentage is 64.28, due to which Team India is still in fourth place.

These teams lost there places in WTC Points Table

All these data are available on the official site of ICC where you can found by searching WTC points table 2021-23.

In the list of WTC Points Table, West Indies is at the fifth position with 12 points.

While the winner of the first edition of WTC New Zealand is at number six with 4 points.

At the same time, England’s team is still at the seventh position with 6 points.

While the Bangladesh team is in the last position in the WTC points table.

Due to the Ashes series being played between Australia and England, there has been a huge upset in the points table of the World Test Championship this week.

The number one ranked Sri Lanka had to slip to the second position.

Indian cricket team schedule for 2022, Know when they have to compete with other teams in the new year