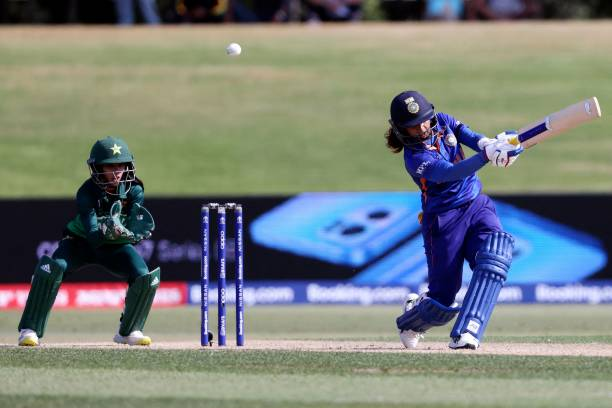 India and Pakistan cricket fans find common ground at CWG 2022 “Friendly games”: Commonwealth games 2022 are underway in England. This year, Women’s Cricket teams are participating in CWG in the T20 format. Recently, the Indian Women’s Cricket team has started their group stage matches. They lost their first match against Australia in a close battle. Australia has been the favorite to win the gold. However, the two South Asian Rivals India and Pakistan are attracting more attention and viewers than anything else. The rivalry between the two in any sport is unmatched and heated.

On Sunday, the Group match between Pakistan and India was held. India clearly dominated the game throughout. From 50/1 to 99/10, India made a great comeback in bowling while the Pakistani batting lineup collapsed. India was easily able to chase the score and earned their point to get closer to the quarterfinals.

Since India’s bilateral Cricket ties with Pakistan after the Terrorist attack in 2008, the two teams have only faced each other in major tournaments. Indian men’s and women’s teams only play against Pakistan in ICC tournaments or Commonwealth games. The tension between the two has always been clear in these tournaments.

However, none of these tensions were seen between fans at the Commonwealth match between India and Pakistan. Many Indian and Pakistani Supporters were seen engaging in friendly conversations and banners. While Indians were having more fun as Pakistan players were all out at 99. However, Pakistani supporters were enjoying the friendly banter and match.

Rahul Vyas, a Pharmaceutical consultant, who traveled from London with two teenage children and a sister says” The match at commonwealth games, otherwise called friendly matches is a perfect place to increase harmony, love, and peace.

The 47-year-old said”  This can be a great uniting force. If I do not talk to my Pakistani friends, how will I be friends with them?” that Pakistani fan is the same age as my son, and they both have a passion for Cricket and it can be a great way of friendship. There are certain issues that can be dealt with at a political level. For normal people in India and Pakistan, we can be the root of friendship through Cricket.”

His friend Piyush Somiyah agreed with him saying” Unlike football supporters, we are sitting together. This is the biggest rivalry, it doesn’t matter if it’s men, women, or under-19 teams. We all have a lot of banter, good banter, and fun. It’s a good fun time.

Getting Cricket into Commonwealth games is a great idea and from here Women’s Cricket will be upwards and onwards. This can also be a common way of peace and harmony between the two countries.