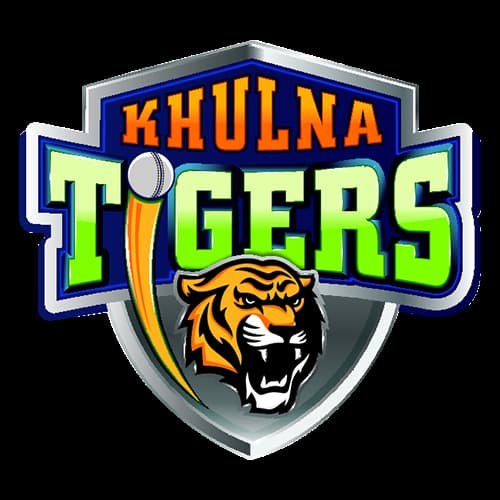 Khulna Tigers is a professional cricket team popularly known by the nickname Ready To Roar that competes in Bangladesh Premier League. The team will be taking part in the league where they will be rolling out the Twenty20 format of matches. Check Khulna Tigers Team Squad.

MindTree Limited is the owner of the team whereas the team is yet to bag its first-ever win in the league. The team is exclusively managed by the Nafees Iqbal and the team sponsor is Premier Bank Limited.

The assistant coach for Khulna Tigers is Talha Jubair. Check out more details about the Khulna Tigers team squad and complete the player’s list for 2022 here on this page.

The entire team list for the Khulna Tigers taking part in BPL 2022 is out here. The teams will be rolling out with the games for the league soon. The current squad is final for the league on the draft that took place on December 27, 2021

The team is rolling out the matches in the league since season 2012 however, the sponsorship details for the league are here. The team has it, manufacturers, Gemcom Sports for three-season in 2016, 2017, and 2019. Later there are different sponsors for Shirt (chest, back) and Chest branding.

Here are the details about the sponsors for the Khulna Tigers

The team has not made it to win the tournament yet in the league. However, they have been to the playoffs twice and semi-finals for once.