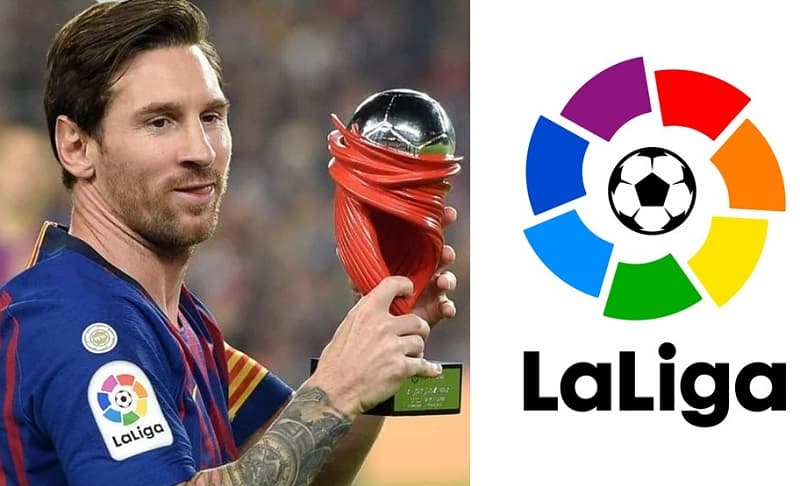 Atletico Madrid is the defending champions of La Liga. In the previous season, Atletico Madrid defeated Valladolid and win the 11th La Liga title. Also, Atletico Madrid becomes the third successful team of La Liga with 11 titles. Real Madrid remains at the top with record-breaking 34 titles and 24 runs-ups in La La. So let’s see who will win the upcoming season of La Liga. Check out below the list of Top Scorer of La Liga competition in all seasons.

Lionel Messi tops the list of top scorers in La Lig 2020-21. He scored 30 goals the most in the previous season. While Karim Benzema and Gerard Moreno standing at joint second Position with 23 Goals in the Previous season. In the Previous season, Lionel Messi becomes the top goal scorer in La Liga for the 5th Consecutive time. Since 2016-17 Season Lion Messi s the top goal scorer of the tournament. Luis Suarez and Youssef En-Nesyri standing at 4th and 5th position positively. Antoine Griezmann, Rafa Mir, and Jose Luis Morales standing at joint 8th Position with 13 goals each.

Here is the list of all-time Top 10 Goals Scorers of La Liga. No doubt Lionel Messi again tops the list. He is the gaol scorer in La Liga with 474 goals. Also, Lionel Messi Standing in the 7th position in terms of Appearances. Cristiano Ronaldo standing in Second Position. He scores 311 go in just 292 Games. And he has the best goal score ratio of 1.07. Ronaldo left Real Madrid in the year 2018, so he is no more in La Liga Competition. The 3rd tops goal scorer of La Liga is Telmo Zarra with 251 games. So check out below the list of top 10 goal scorers of the La Liga Competition.