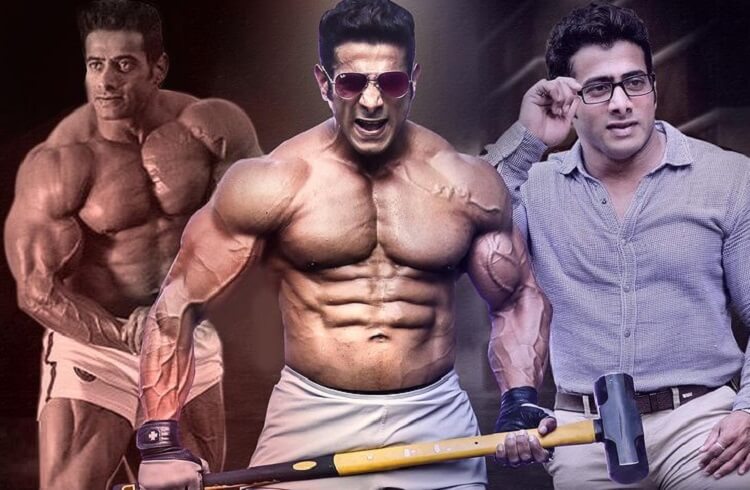 He comes from a family of fitness experts and bodybuilders. So he grew up watching wrestlers and bodybuilders i his hometown and to interest in Bodybuilding. While he was the student of legendary coach Pravin Sakpal Sir. Suhas Khamakr Statfe=ed his crrerir very well and from the age of 16 took inspiatrtion form Arnold Schwarzebegger. Bodybuilder is very very popular in India and also on Social Media.

He made his professional debut in 2010 in Mr. India Competion. Before that Suhas Khamkar won many numerous Awards in Maharasthra and also in India. Suhas Khamkar is a Ten-time Mr. India winner. He won 1st Mr. India in the year 2004 and later he won Mr. India title for Consecutive years from, 2006 to 2015. While he is Eight Time winner of Mr. Maharathsra’s title from 2006 to 2008 and 2010 to 2014.

Also Read: Who is the Top 10 Most Popular Bodybuilders In India?

The Greatest Achievement of Suhas Khamkar is Mr. Amaeture Olympia (Champion of Champion), 2018. He was the first Indian Bodybuilder to win his pro card after winning the Mr. Amaetuer Olympia Contest in October 2018. While Suhas Kahmkar is the only athlete who has the continuity of winning for 12 years in Body Building Sports. Also, the one who e got a special star award in bodybuilding. His Achievements are uncountable with the major achievements Suhas Khamkar won many Competitions in Maharashtra and India. For more achievements of IFBB pro first Indian Suhas Khamkar, check Wikipedia.