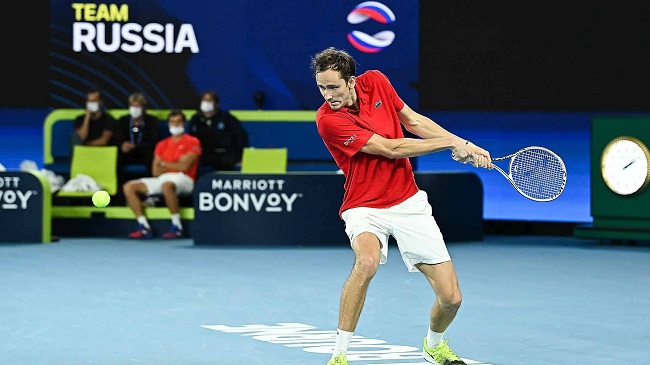 Daniel Medvedev was to open against Dominic Thiem in the upcoming tournament for the ATP Cup 2022. It was a scheduled opener match for the cup. However, the recent news states that Thiem is not going to be a part of the game. Check Medvedev To Open Against Thiem in ATP Cup 2022.

Recently, Thiem announces him not being a part owing to his health conditions. He says that cold has made him drop out of the game where he was scheduled to be playing.

The player states, he has caught a cold while he was in Dubai and was unable to practice the game last week. He, therefore, states that he won’t be in a physical condition to be able to be playing in the ATP Cup 2022 and Sydney ATP 250.

He says, “After not competing for the last six months I cannot take the risk of coming back too early and picking up a further injury.”

“My aim is still to play in the Australian Open, but we make a final decision on my participation by the end of December

The matches for the league will be starting soon this January at Melbourne Park, Australia. It is the first of the four Grand Slam events for Tennis in the league. The matches will be rolling out till January 30, 2022.

The 110th edition for the league starts with the matches where it is in the category of Grand Slam. With the fixtures for the event rolling out on the Hard (GreenSet) surface. The location for the league in Melbourne, Victoria, Australia.

The venue for the league is the set where the players for the teams are announced and the matches start with the fixture soon.

For more sports updates stay tuned with us..!!