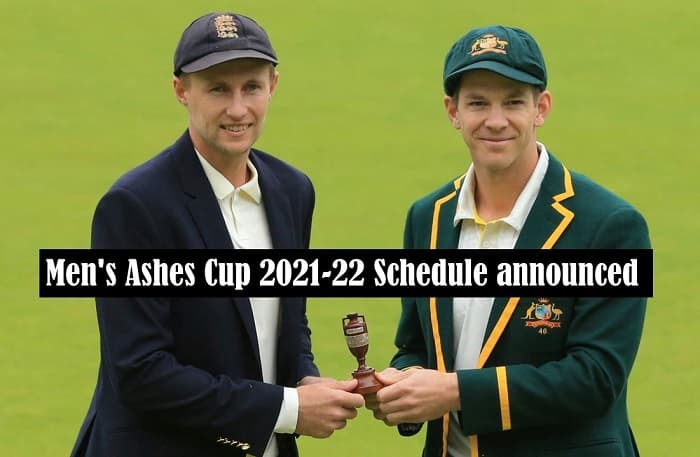 Cricket Australia Recently announce the schedule of the Australia Men’s Team. Australian and England Cricket team will play the Ashes Series at the end of the year 2021. The COmplete Schedule is announced and it is available here. Ashes Test Series played between England and Australia Team. The upcoming Ashes Series will be Known as Vodafone Men’s Ashes Series due to Sponsorship Reasons. Fox Cricket will broadcast the live telecast in the host country Australia. While England Cricket fans can watch live telecast on Sky Sports. Check Men’s Ashes Cup 2021-22 Start Date and Schedule announced, Squads.

Joe Root will lead England Squad in the upcoming Ashes Series. Australia will announce the captain very soon. Tim Paine led Australia in the previous Ashes series. The Previous Ashes Series resulting in Drawn 2-2./ Steven Smith was the most run scorer with 774 runs. While Pat Cummins was the highest wicket-taker with 29 Wickets. Both the teams will announce the official team squad very soon. So Say tuned with us to catch all the latest information. Check it out below the probable team squad of Australia and England for the Ashes Series 2022.