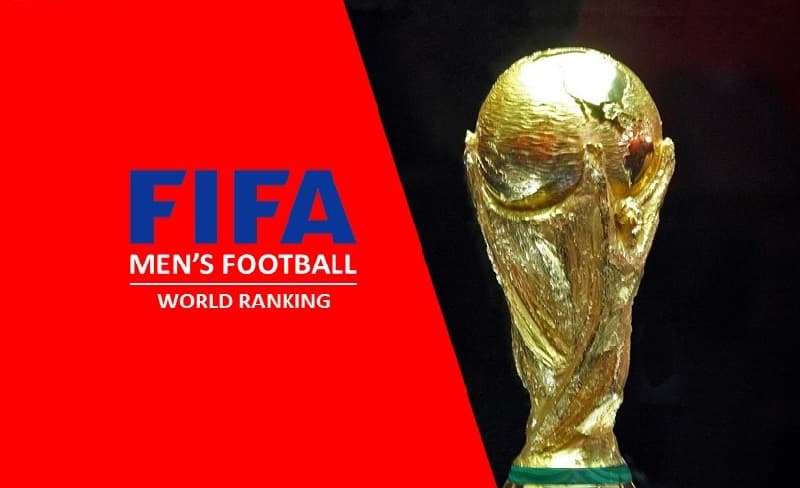 The Latest FIFA world rankings details are available here. FIFA rankings are for the men’s national football teams. The Rankings and Points are awarded to the teams are based on the results of all FIFA-recognised international matches. Currently, Belgium is leading the FIFA world ranking table. While France national team is standing at Second Position. Whereas Belgium is leading the FIFA best ranking since 2018. So check Complete Men’s Football Team World Ranking Table of FIFA/Coca-Cola.

FIFA world ranking was first introduced in december 1992. After that FIFA rankings used to update frequently. Several time changes were made in the calculation method of Points and methods used. Many times Criticism face for the previous Calculation method did not effectively reflect the strength of the teams. So the current version of Calculation methods introduced on 16th August 2018, is likely to more accurate than the previous one. It is adapted from the Elo Rating system which is used in the Chess and Go game.

Belgium’s national team is standing at 1st Position in FIFA world rankings with 1783.38 points. Following Belgium, France’s team standing in the second position with 1757.3 points. These are the latest FIFA World Rankings. Behoum National teams team standing at 1st Position for the Three Consecutive years 2018, 2019, 2020. Brazil at 3rd Position, England at 4th Position, and Portugal at 5th Position in Rankings. So check out below the complete list of FIFA World Rankings.

ALSO READ: Who Is The Best Football Player In The World Right Now