Most Hottest and Handsome Cricketers in the World 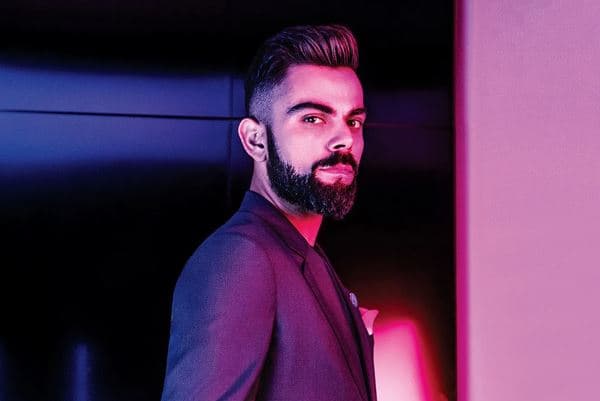 Nowadays people become ecstatic about seeing famous people whether they are actors or actresses, part of the boy band or K-pop, or any supermodel from different parts of the world but sportsmen have their own charisma and charm which they carry with themselves on the field. Every cricket fan you see has not only an intense passion for the game but also intensely loves the players. With every run, they score or every wicket they take, or every act they perform on the field, they keep us on the edge of our seats. But the new generation of girls and women, the way they look and carry themselves keeps their heart pacing. With that in mind, we take a look at 10 cricketers from all across the globe who with their looks, style and charm have made a special place in the hearts of a generation of fans. So Check Most Hottest Handsome Cricketers.

Most Hottest Handsome Cricketers In The World

The Most Hottest Handsome Cricketers See Below.

A player is not only known for his stylish play all around the wicket but also for his stylish looks. The former captain of Sri Lanka who took his country to a world cup final against MS Dhoni-led India in 2011, was hugely popular for his good looks and still continues to do so. An elegant left-hander who took on the world’s best bowlers and amazed the cricketing world by his stroke-making by being so effortless still continues to charm the people now with his good looks while being the President of the MCC.

The speedster from New Zealand who terrorized the batsman all around the world with his searing pace and impeccable swing was also one of the most likable cricketers of his time. Though continuously hampered with injuries bringing curtains to a short career, he still was considered as the best bowler for kiwis after Sir Hadlee and is an inspiration for the current fast bowling crop of the Black Caps. He was one of the stylish players on that side and was favored by fans.

Called “Jimmy” by his friends and fans from all across the cricket world, James Anderson is the highest wicket-taker among pacers in world cricket and has been a part of the England side for more than 15 years. The 39-year-old speedster has maintained his good looks and physique throughout his career with his smile, deep colored eyes, and unique hairstyle that can turn heads around wherever and whenever he walks on a cricket field or anywhere.

ALSO READ: Virat Kohli Vs Rohit Sharma Net Worth And Salary In 2021

The man who stormed his way into the heart of Indian Fans when he blasted 158* against the Kolkata Knight Riders in the First match of the I.P.L, Brendon McCullum has always mesmerized us, whether with the way he played the game or with the way he looked. The charismatic cricketer who took the New Zealand team to great heights was blessed with a built-in physique accompanied by great tattoos all over the body and a unique hairstyle which made him one of the most attractive players of his time. He was aggressive on the field and charming off the field.

The man who traumatized a completely cricketing nation with his devastating display of fast bowling in the Ashes, Mitchell Johnson was also a killer by looks. The Australian pacer who played a key role in the world cup 2015 win for Australia in front of his home crowd and was part of a very dominant side, has a personality that could charm anybody. With a figure of a model and a great smile, the tattooed guy garnered many fans along the way and continues to do so even after retirement in 2018.

The Englishmen have something in them which attracts us, the good looks, the accent, and the fact that he is one of the greatest England cricketers of all time. The man is none other than former England captain Sir Alastair Cook. The stylish opener was part of one of the most successful England sides with series wins in Australia and India with his form being phenomenal in both the series. He is also known for his athletic ability and his fitness which has allowed him to be on the very top for about 15 years.

Known as “Pup”  by his teammates, the dashing right-handed batsman from New South Wales has certainly made a huge mark not only on the cricket field but also in the hearts of many fans due to his stylish looks. The man who took over the captaincy reins of Australia from arguably their greatest captain Ricky Ponting, who carved his legacy on the team with the 2015 world cup win in their own backyard always remained one of the most attractive cricketers with sponsors such as Gillette and Rawlings working with the player.

Arguably the most controversial player from the list, Kevin Pietersen had his set of admirers both on and off the pitch. The South-African-born England batsman who was part of the greatest English sides was a consistent performer for the side with him playing a key role in their 2010 world T20 win in the Caribbeans. Not just the cricket made him a fan favorite, his looks, build, style added a glow and charm to his personality with controversies surrounding him. Who doesn’t like that!!

When there is a list of the hottest cricketers, there is no way that we leave this man out of the list. The heartthrob of the country who continues to grow both on and off the pitch has an ever-growing list of fans all around the globe even after becoming a father. Virat Kohli has been the best batsman of this current decade and has not only performed at the highest level every day for the past so many years but has also found himself with different adjectives for his looks: sophisticated, dashing, hot, sexy, charming and the dictionary won’t have words left.

With the temperature in the list becoming hot and hot, it was necessary to cool things down, and who better to do this than the coolest cricketer on the planet, the man the legend of our very own “Mahi”. He stole our own in a short time with his long hair and willow which looked like an ax but over the years MS has charmed his way not only on the cricket field but off from it as well. The only captain to win every ICC trophy, MS has over the years evolved his style and his charisma has always kept growing among the many people who love him and continues to do so.