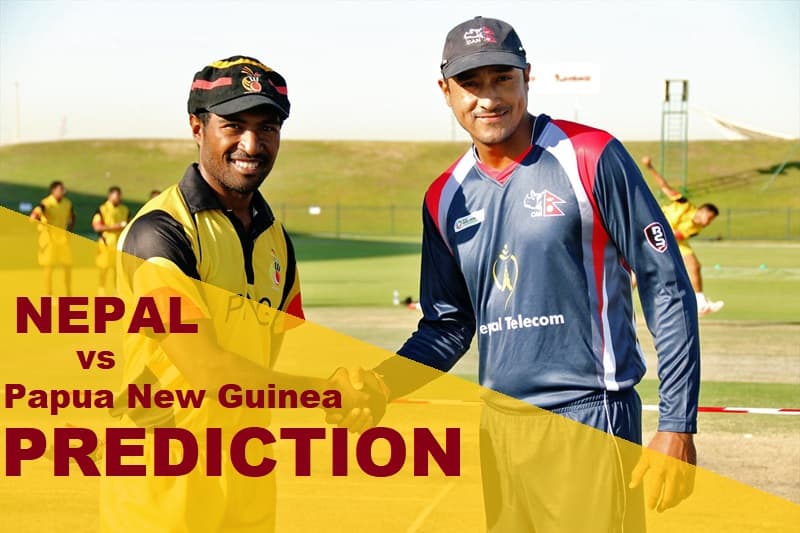 Thus these two-match series provide a much-needed game time for both teams to sort out their plans and get into a winning habit before the league start. Check Nepal Vs Papua New Guinea In Oman 2021: Schedule, Team Squads, Prediction – Head To Head, Where To Watch Live Coverage.

Thus, there is a sense of excitement and nervousness in both the camps as the series approaches and let’s move into the details of the series.

Series Prediction of PNG vs Nepal

Going by the current form of both teams, Nepal is looking for firm favorites to win this series. While Papua New Guinea has some star players like Assad Vala, Charles Amini in the batting department, and Nosaina Pokana and Jason Kila in the bowling department. The overall balance of Nepal Squad looks better and the presence of batters like Gyanendra Malla, Dipendra Singh Airee along with allrounders like Karan KC and star bowler like Sandeep Lamichhane with young sensation Gulshan Jha makes Nepal a very balanced and strong side.

The retirement of Paras Khadka is big news for Nepal Cricket, but the presence of young talent in the squad will make Nepal believe that they can beat Papua New Guinea who has been lately not in good form, and over-dependence on captain Assad Vala can haunt them if the star player fails to perform.

Win Prediction – Nepal is predicted to win this series. But expect a closely fought series between the two sides who are eager to make their mark on the international scene.

The first ODI is scheduled for September 5 which is a day game starting at 11 am IST while the second ODI on September 8 is a day-night affair whose coverage will start at 4 pm IST.

Venue – Both matches will play at the same venue – The Al Amerat Cricket Ground ( Ministry Turf 1 ) Muscat, Oman. The ground has been given Test status by ICC and is also scheduled to host T20 World Cup matches.

Pitch report – The pitch promises something for both batters and bowlers and if batters take time initially, they can put up a decent score. There have been four ODIs here before, and the team batting first and second, has won two matches each.

Where to Watch Live Coverage of Nepal Vs Papua New Guinea

People in India can watch the match live by downloading Fan code App from the play store. There will be live coverage of the match on the Fan Code.