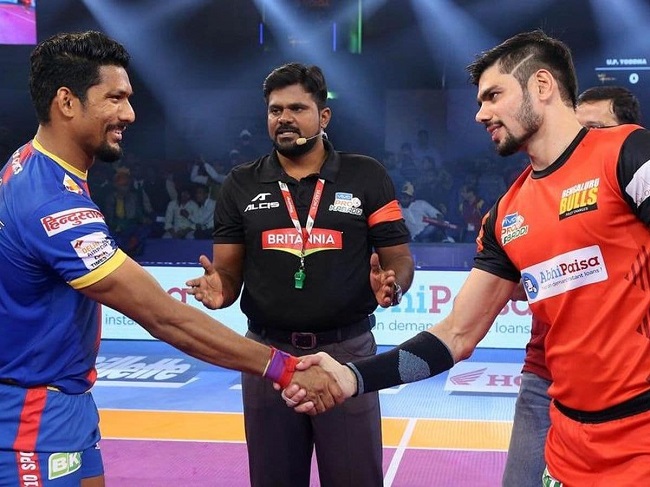 Bengaluru Bulls and U.P.Yoddha are the professional Kabaddi Teams performing the Pro Kabaddi League Season 8. Bengaluru Bulls were champions in season 6, the coach of the team is Randhir Singh. U.P.Yoddha represents the state of Noida, Uttar Pradesh. This team is Introduced in the 5th Season of the PKL and owned by GMR Group. Check Bengaluru Bulls vs UP Yoddha Prediction.

Bengaluru Bulls v/s U.P. Yoddha All Rounder – Mahender Singh is the Raider, Defender of the Bengaluru Bulls who is extremely consistent in all the forms. He has taken 12 points in 6 matches strike rate is 41% he has made 16 Super Tackles and 193 tackle points and the total made 389 points. He is the most correctly played and selected by the dream11 prediction.

Bengaluru Bulls v/s U.P. Yoddha Defender – Nitesh Kumar and Saurabh Nandal, is the best defender of their respective team. Both the defenders have taken 18 points among 7 matches, the tackle strike rate is 58% of both the players.

Pro Kabaddi League Season 8, 44th Match Bengaluru Bulls v/s U.P . Yoddha will be performed on 9th January 2022 at 8:30 PM. This match will be held in Bengaluru at Sheraton Grand, Whitefield. The Match will be telecasted on Star Sports Network and Live streaming will be done on the OTT Platform is Disney+Hotstar.

Both the teams are great but Bengaluru Bulls are on the top and hence they have more chances to win.