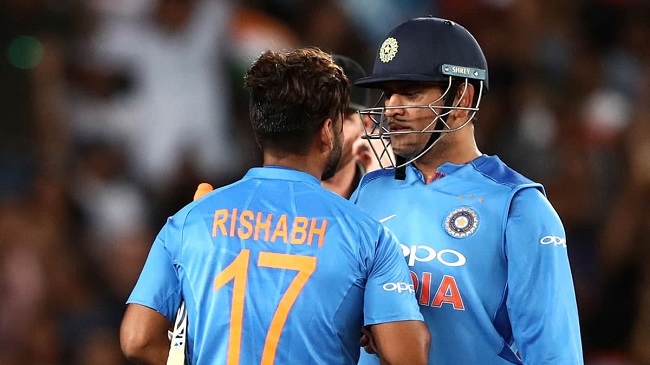 Rain may have spoiled the second day of the Centurion Test match being played between India and South Africa.

Jasprit Bumrah got injured during the match, But the third day of the game is being played with full enthusiasm.

Rishabh Pant has surpassed MS Dhoni and made a big record, after taking the catch of Viaan Mulder in the Centurion Test against South Africa.

Pant has become the fastest wicketkeeper to reach 100 dismissals for India. Pant achieved this feat in his 26th Test.

Prior to him, former captain MS Dhoni had taken the first 100 wickets in 36 Test matches. Pant made this record only at the age of 24.

In the first innings of the Centurion Test match, Rishabh Pant went on to score only 8 runs. Pant’s bat hasn’t scored many runs for some time, due to which he has come under the target of critics.

Indian Players are in great form Against South Africa

Temba Bauma completed his fifty off 101 balls. This is his 16th in the Test format and his first half-century against India.

However, soon after making the fifty, he lost his wicket to Mohammad Shami. He scored 52 runs. India has scored 327 runs in the first innings in the Centurion Test.

If we talk about the stats of Rishabh Pant then in Test matches he total play 26 matches at an average of 38.92. This includes 3 centuries and 7 fifties.