Salary of Royal Challengers Bangalore Players in 2021, Who are the Highest paid Players in the RCB Team 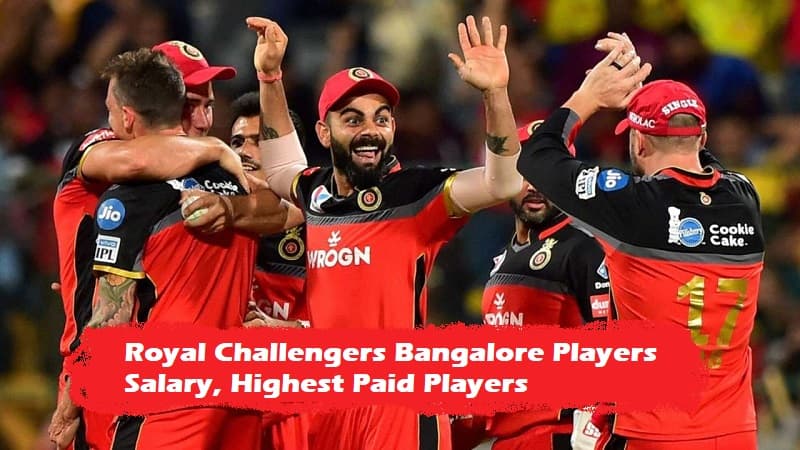 The Royal Challengers Banglore is a cricket team based in Banglore, Karnataka that plays in the Indian Premier League, and they are also known as ‘RCB’ but unfortunately, the team has never won any IPL but always finished up as a runner up on the three occasion from between 2009 and 2016 due to lack of unsuccess the team was also tagged as “underachievers” but the team holds one of the highest and lowest totals in the IPL. Check Royal Challengers Bangalore Players Salary 2021, Highest Paid Players.

But Royal Challengers Banglore are all set for their upcoming season there are going to be a total of eight teams who will participate and the best two teams will go to the final as we know RCB hasn’t won any IPL title but their fans have not to lose any hope they always pray for their best and give their best, the players are one of the strong and best ones who is paid a high amount of money and there are some new players who have been added up to the team and some old ones are out. So now let us check out the complete details about the Salary Of Royal Challengers Bangalore Players In 2021, Who Are The Highest-Paid Players In The RCB Team.

As mention above Royal Challengers Banglore is one of the teams that play in IPL and always end up as a runner up they are one of the most hardworking teams as compare to all other teams they always try their best and there are very great players some of them are new one added to the team each player has some different contract according to their contracts of three or four years.

The other next greatest and the highest-paid player is Glenn Maxwell who is paid Rs.14.25 crore he is an all-rounder and they play all the games very nicely and delicately he is the new member of the team who had added the players have some contract of three to four years and it keeps on changing according to their expense or salary also after some time the player’s amount get changed.