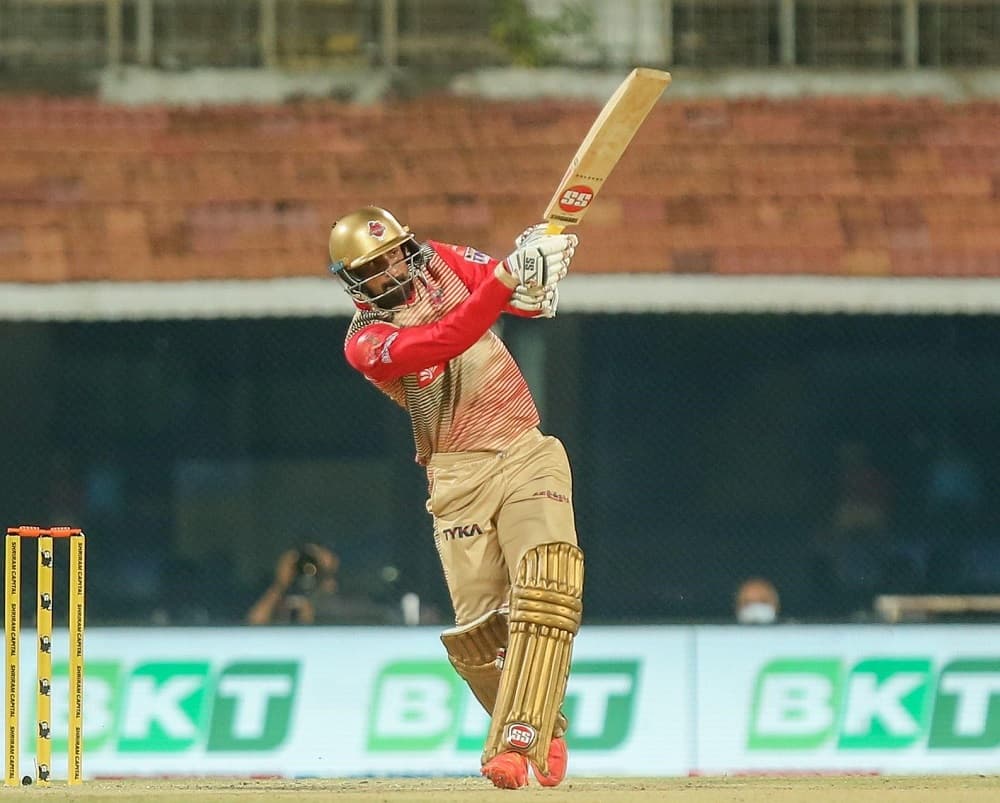 Chennai, August 15:  Narayan Jagadeesan proved he is a big match player by striking a superb 90 off 58 balls (7 fours, 2 sixes) to help Chepauk Super Gillies to a strong total against Ruby Trichy Warriors in the Shriram Capital Tamil Nadu Premier League final at the MA Chidambaram Stadium here on Sunday.

Riding on the wicketkeeper-batsman’s brilliance, Chepauk finished on 183-6 in 20 overs. All-rounders S Harish Kumar (13 off 7 balls) and Sonu Yadav (17 not out off 8 balls) ensured Chepauk held the upper hand by ending the innings in a flourish.

The 26-year-old Jagadeesan went after the Trichy bowling from the word go and was instrumental in providing a flying start to the innings along with his captain Kaushik Gandhi (26 off 19 balls, 2 fours, 1 six). Together they raised 58 runs in the Powerplay before Gandhi was bowled, playing onto a slower ball from Murugan Poiyamozhi.

Despite losing partners at the other end, Jagadeesan continued unperturbed and posted his third fifty of the season and 17th overall in the tournament with an array of impressive shots. The Coimbatore batsman had his share of luck when he was dropped by Adnan Khan at cover off Poiyamozhi in the sixth over when his score was 26 and the team total 57.

Captain Rahil Shah (2-31) and fast bowler Poiymozhi (2-37), stepped up but they could not rein in Jagadeesan.

Saravana Kumar was expensive and went wicketless but he took a fantastic catch on the edge of the boundary to send back Uthirasamy Sasidev (12). M Mathivanan also lifted the team spirits by plucking a stunner running sideways at long-on to dismiss Sathish Rajagopal (11).

How to Watch Live Tokyo Summer Paralympics 2021 on DD Sports?