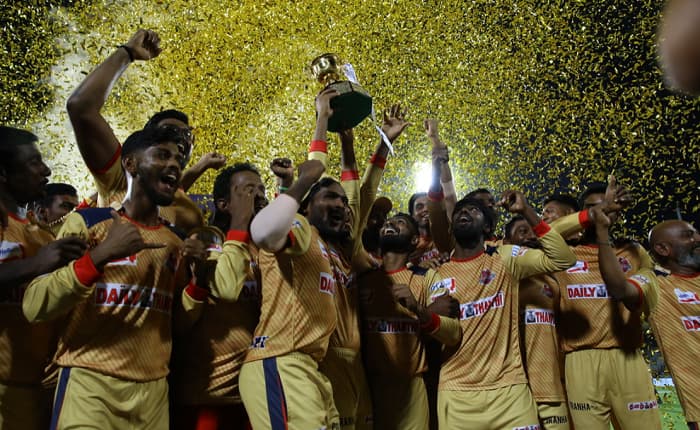 Tamil Nadu Premier League Completed its Four Seasons Till Now. Inaugural Season of TNPL held in the year 2016. In the first season of TNPL total of 8 teams were featured. On 18th September 2016, the first final of TNPL was Played. Tuti Patriots vs Chepuak Super Gillies faced each other in the first TNPL Final. So Tuti Patriots Successfully defeated Chepauk Super Gillies and win Inaugural Season. Abhinav Mukund gave an excellent batting performance in the finals, he score 82 Runs in 52 Balls helps Tuti Patriots to win the match. While Ganesh Moorthi was awarded as Man of the Match, he took 4 wickets by giving only 11 runs in the final match.