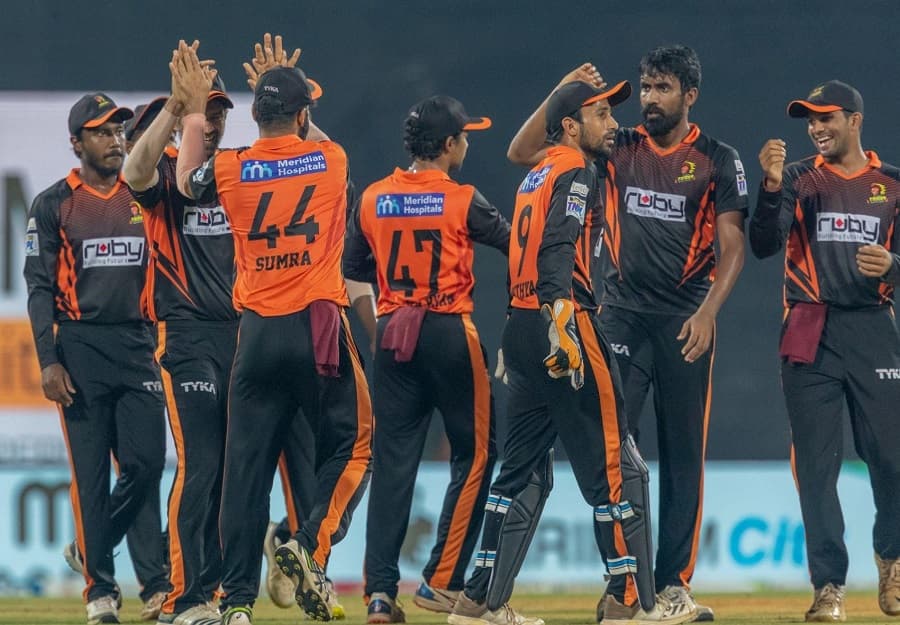 Nidhish Rajagopal was the architect of Trichy’s run chase as he struck a fluent 66 not out off 58 balls (8 fours, 2 sixes) to help his side win with five balls to spare. Chasing 133, Trichy scored 136-3 to notch their fifth victory of the season. They finished with 10 points from 7 matches, ahead of Chepauk who ended on the second spot with 9 points. Dindigul Dragons (8 points) and Lyca Kovai Kings (7 points) completed the top four.

This match was a dress rehearsal to Qualifier 1 to be held on Tuesday evening (August 10) when both teams will lock horns again for a spot in the final. Dindigul will meet Kovai on the next day (August 11) in the Eliminator. Monday (August 9) is a rest day.

The left-hander Rajagopal, who registered his maiden fifty in the tournament, was elated that Trichy defeated the defending champions. “It’s an amazing feeling to have scored my maiden fifty but it’s even better knowing that people say that Chepauk is the favorites and the best team in the league and beating them so comfortably gives us a lot of satisfaction,” he said.

Left-arm spinner Ravisrinivasan Sai Kishore maintained his stature as the leading wicket-taker of the tournament with another miserly spell of 4-0-13-1.

Earlier, young Sunderaraman Radhakrishnan stood tall among the ruins to ensure Chepauk put up a competitive total on board. The 22-year-old from Coimbatore struck a defiant 55 off 50 balls (6 fours, 1 six) to keep the Trichy attack at bay. Their innings eventually folded up on the final ball of the innings for 132.

Only three other batsmen could reach double figures, which indicates how difficult it was for Chepauk to get going. It is against this backdrop that Radhakrishnan carved out a fifty in just his second TNPL game.

The young lad, however, was not quite enthused at the way things turned out for his team. “There’s not much relevance to my 50 because the team winning is of utmost importance. I would have definitely been happy if we had won. We tried giving our best on the field but unfortunately it was not our day,” he said.

Upstox Most Valuable Player of the Match: Saravana Kumar (RTW)