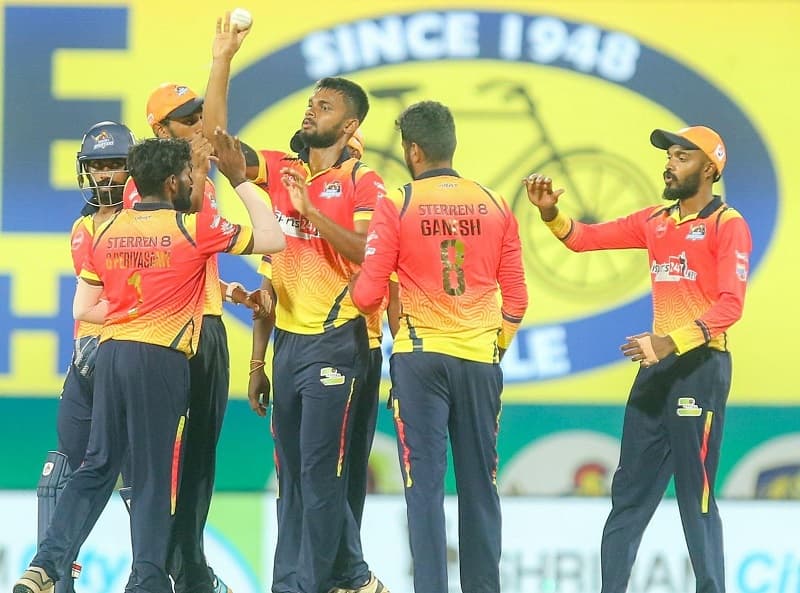 Pacer Ganeshan Periyasamy (2-22) and leg-spinner Murugan Ashwin (2-25) turned out to be Madurai’s nemesis as they could only muster 133-8 in 20 overs to fall short of the victory target of 145.

B Anirudh Sita Ram (52 off 51 balls, 3 fours, 2 sixes) fought valiantly but he received little support from the other end.

Captain NS Chaturvedi (23  off  25 balls)  did feature in a 55-run alliance with Sita Ram for the third wicket but once he was dismissed by Ashwin in the 11th over, Madurai failed to recover.

Periyasamy ended whatever hopes Madurai had in the final stretch by claiming two wickets in his last spell.

Salem avoided the bottom place with this win to finish with 5 points from 7 matches, while Madurai also ended with the same number of points but was ahead in two places because of a better run rate.

Reflecting on Salem’s showing, Ashwin felt they were a far better side than the seventh-place finish. “We are a very good side. In this game, we posted 144 and we were able to defend it, that’s the strength of our team because we’re a very good bowling side. It was just a matter of putting runs on the board, which didn’t happen in the previous games. As cricketers we’re bound to have a tournament like this so it’s important we learn from these mistakes as students of the game and come back stronger next season,” he said.

Vijay Shankar and Ferrario raised 47 runs in 49 balls for the fourth wicket to lay the platform for Ashwin to provide a strong finish with a flurry of sixes.

Pacers Raghupathi Silambarasan (2-43)  and V Gowtham (2-29) were the top wicket-takers for Madurai.

Upstox Most Valuable Player of the Match: M Ashwin (SS)