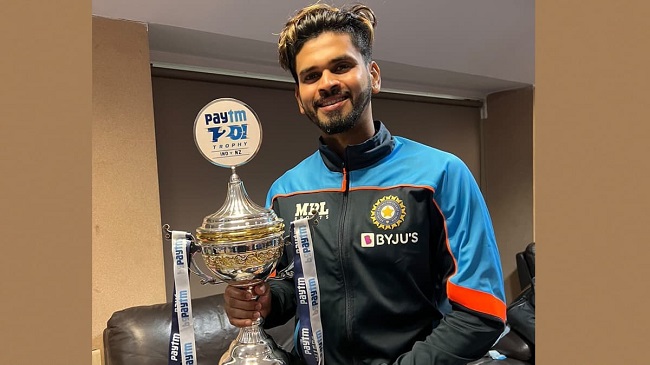 In the first test match of India and New Zealand, Shreyas Iyer makes fans crazy with their excellent performance and then he becomes a man of the match in this match.

The Kanpur Test match played between India and New Zealand ended in a draw. The Indian team tried its best to win the match till the last ball, but once again the Kiwi team performed brilliantly and got the match drawn.

Debuting Indian batsman Shreyas Iyer was awarded the man of the match award for his century in the first innings and half-century in the second innings.

Iyer enjoy batting with these players

Shreyas Iyer took the Indian team out of trouble in both innings and contributed important runs for the team. In the second innings, Iyer played important partnerships with Ravichandran Ashwin and Wriddiman Saha.

“It was fun batting with Ashwin and Saha. Happy with the overall performance of the team. The pressure is always there. He got off to a great start. Once we came back and took early wickets, we made the best use of the situation.”

Shreyas Iyer wants to win this first match of the tournament

Indian team’s top-order batsman Shreyas Iyer, playing his debut match against New Zealand, scored a century of 105 runs in the first innings and then contributed 65 runs in the second innings.

He was also awarded the Man of the Match award for his excellent performance in the match. After the match he said,