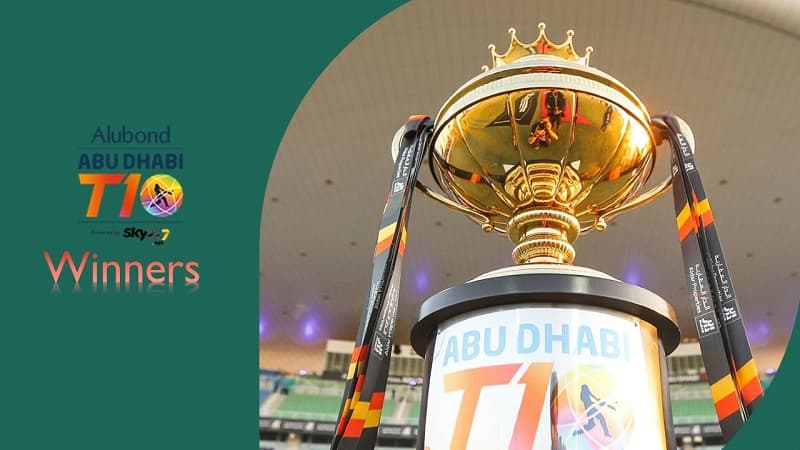 Northern Warriors is the most successful team in T10 League. T10 League completed its Four Seasons till now. While Northern Warriors win Two Titles from just four Seasons. Kerala Kings win the Opening Season of the T10 League. Also, Maratha Aravbaians won Major T10 League tile in 2019. They defeated Deccan Gladtairos in the final of T10 League 2019 and win Major t10 League Title. The Champions of T10 League Season awarded as Trophy and PZrize Money of USD 1,00,000. So Make sure you check out below the complete winner’s list of all seasons.