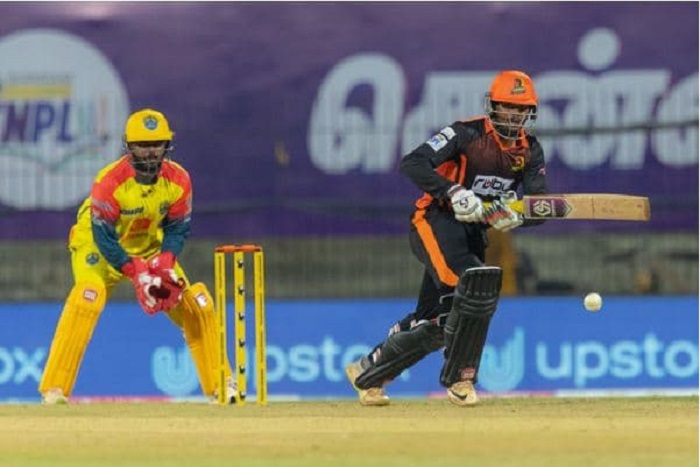 Chennai, August 14: At one end are rank outsiders, who are looking to cap their dream run by laying their hands on the title for the first time but standing in their way is a champion outfit that has already worn the crown twice. The Shriram Capital Tamil Nadu League final at the MA Chidambaram Stadium on Independence Day could not have asked for a better climax after intense action spread over 31 match days. So, the big question is can Ruby Trichy Warriors turn on their style one more time and go past Chepauk Super Gillies? They definitely have done everything right to get to the final, including two victories over Chepauk, so the odds should be stacked in their favor. But their opponents are past masters who know how to deal with ‘big match pressure’ and it is that ability that gives them an edge in this contest. They displayed their big match experience in Qualifier 2 to demolish Dindigul Dragons.

that has put them in the right frame of mind to make a run for their third title.

The defending champions also possess a squad that has some of the most seasoned players of the tournament in wicketkeeper-batsman Narayan Jagadeesan, captain Kaushik Gandhi, left-arm spinner Ravisrinivasan Sai Kishore, all-rounders Sathish Rajagopal and Sonu Yadav, all of whom have played a winning hand at least once in their march to the final.

In contrast, Trichy is a bunch of journeymen who are playing their biggest match ever. A huge challenge for most of them will be to deal with the pressure of playing a final. It is here that the experience of captain Rahil Shah, senior batsman Adithya Ganesh, and all-rounder P Saravana Kumar can come in handy. The trio has been key to the team’s fairytale run to the final and they will have to step up one more time to end their campaign on a high.

What makes Trichy’s march exciting is its ability to seize the crucial moments and capitalize on them. Nidhish Rajagopal and Adithya have been their batting mainstays while Saravana Kumar, pacer Murugan Poiyamozhi and the young left-arm spinner M Mathivanan along with their captain have manned the bowling department pretty well.

There is not much to choose from their past results as Chepauk has won four of their eight meetings while Trichy has won three, two of which have come this season (one game was abandoned).

Rahil Shah believes in staying rooted and does not want his team to be consumed by the pressure of playing a final. “I am excited obviously because it’s the final of TNPL but I want to be grounded. We still are the underdogs, as we have been called. We will just take it as a normal game and give it our 120 percent and see what happens,” he said ahead of the final.

Chepauk head coach Hemang Badani warns his side will be going for the jugular. “We will come hard again and we will do better and come back to do what we are supposed to do. We have been in three finals and this would be the fourth while this is the first for Ruby Trichy Warriors so I think we probably have the experience and composure of playing the finals. They might feel the heat and I’m sure that whoever plays good cricket on the day, will be the winner,” he said.

At stake is not just the champions tag but also a purse of Rs 50 lakh for the winners, while the runner-up will receive Rs 30 lakh.

Players to watch out

Narayan Jagadeesan (CSG): Wicketkeeper-batsman, who is renowned for his power play at the top. More importantly, has the ability to bat the full quota of 20 overs. Not for nothing is this 26-year-old opener the highest run-getter in the tournament (1598 runs).

Rajagopal Sathish (CSG): Don’t go by his age, this 40-year-old can give a run for the money to the sprightliest of youngsters. The go-to man during a crisis, this veteran all-rounder is equally effective with bat and ball.

Ravi Srinivasan Sai Kishore (CSG): He has literally stood tall among the spinners. The lanky left-arm spinner makes his presence felt in every game, which has made him the highest wicket-taker in the tournament (54 wickets).Nidhish Rajagopal (RTW): This 21-year-old has shown remarkable composure in leading Trichy’s run charge. It

reflects in the tournament’s batting charts as well, where the left-hander is placed third having tallied 280 runs.

P Saravana Kumar (RTW): The leading bowler not only for Trichy but also in the tournament with 13 scalps. The 32-year-old pacer from Coimbatore has led the Trichy attack admirably picking crucial wickets at the top and also in his final spells. He is an effective lower-order batsman too, which makes him a special player.

Murugan Poiyamozhi (RTW): An immensely effective medium-pacer, who mixes his pace with telling effect. In five matches, this 30-year-old has claimed eight wickets at an impressive economy rate of 6.35.